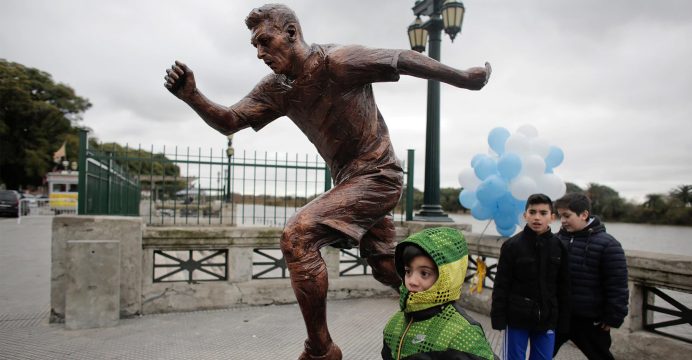 The statue of Lionel Messi in Buenos Aires has been vandalised again this time the Argentine hero was cut off at the ankles between Sunday night and Monday morning.

Messi’s boots still chased a ball on the plinth while the severed body was pushed to the ground and left lying there.

The statue was erected in June 2016 after Messi had announced his retirement, brief as it turned out, from the national team. 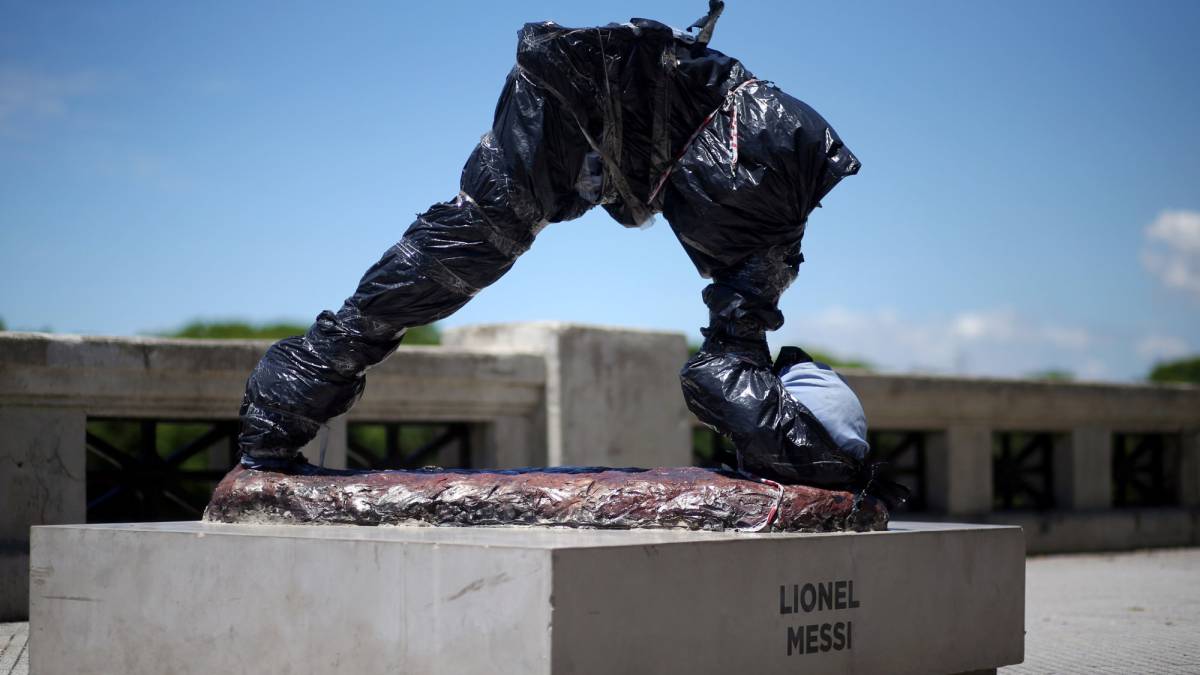 It was first attacked in early January when the Barcelona star was sliced in half across the torso.

The statue is on the Promenade de Glorias, alongside monuments to other Argentinian sporting heros including NBA veteran Manu Ginobili, tennis star Guillermo Vilas and Formula One great Juan Manuel Fangio.

Messi’s neighbours have not been immune to attack. In 2016, Gabriela Sabatini’s tennis racket was stolen.