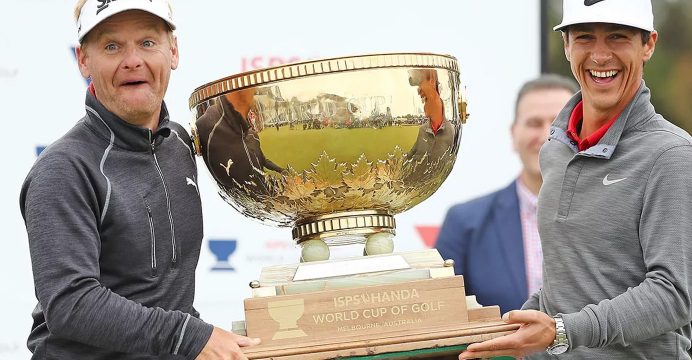 The World Cup of Golf will be held in Melbourne for a third consecutive time in 2018, organisers said Tuesday, with 28 teams teeing off at the Metropolitan club.

US PGA Tour Commissioner Jay Monahan said it was a no-brainer to bring the tournament back to the region’s famed Sandbelt courses.

“Golf in the Sandbelt region speaks for itself, and we appreciate the Metropolitan Golf Club opening its doors for this historic team event,” he said.

Denmark will be defending their title after Soren Kjeldsen and Thorbjorn Olesen proved the perfect blend of flamboyant youth and wily experience for a shock triumph in 2016.

Twenty-eight two-man teams will represent their countries from November 21-25 for the 59th edition of the tournament — the only event in which top golfers come together and compete for their countries outside of the Olympics.

The highest-ranked player from each country is able to choose his playing partner, which organisers say “maximises the camaraderie and competitive spirit”.

It will continue with the same format from 2016, with the first and third days of competition played as four-ball (best ball) format and the second and final days as foursomes (alternate shot) play.