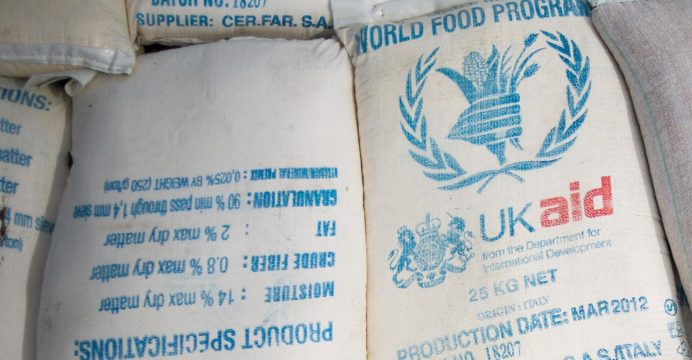 The government has suspended a foreign aid project after a BBC Panorama investigation found taxpayers’ cash was being diverted to extremists in Syria.

Officers from a UK-backed police force in Syria have also been working with courts carrying out brutal sentences.

The Free Syrian Police (FSP) was set up following the uprising in Syria, to bring law and order to parts of the country that were controlled by opposition forces.

Adam Smith International (ASI) has been running the project since October 2014.

Britain was one of six donor countries paying for the project, which provides community policing to the rebel-held areas of Aleppo, Idlib and Daraa provinces.

It is intended to be an unarmed civilian police force, and not co-operate with extremist groups, but Panorama has found examples where that was not the case. Some of Panorama’s allegations against the project include.

Foreign Secretary Boris Johnson announced in April that the UK would commit a further £4 million to the UK-funded Access to Justice and Community Security (AJACS) scheme that supports the FSP.

ASI says the FSP is an unarmed community police force that brings the rule of law and safety to millions of people in a war-torn country.

“We have managed taxpayers’ money effectively to confront terrorism, bring security to Syrian communities and mitigate the considerable risks of operating in a war zone,” he said.

“ASI has managed the project successfully alongside our partner in an extremely challenging, high-risk environment under the close supervision of the Foreign and Commonwealth Office and five other governments.”

The company says it uses cash to fund the police because there is no practical alternative – and that the British government is aware of the payments.

Panorama has obtained ASI documents that show dead and fictitious people were on the police payroll.

One police station in Koknaya in Idlib province was supposed to be the base for 57 police officers. But the documents show that when ASI’s staff visited in September 2016, they couldn’t find a single officer.

ASI said officers were accounted for on subsequent visits. The company has now suspended the payment of all salaries at the Koknaya police station.

It said it had identified very few examples across Syria where deceased officers had remained on the salary list.

The documents also show how some police officers in Aleppo province were forced to hand over cash to the extremist group – Nour al-Din al-Zinki – in control of the area.