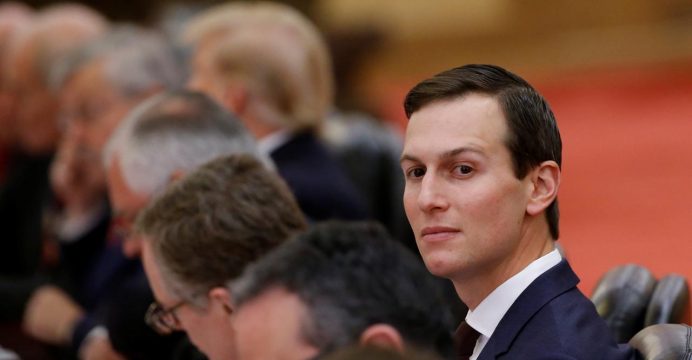 Trump still weighing whether to recognize Jerusalem as Israel’s capital

U.S. President Donald Trump has not yet made a decision on whether to formally recognize Jerusalem as Israel’s capital, his adviser and son-in-law Jared Kushner said on Sunday, a move that would break with decades of U.S. policy and could fuel violence in the Middle East.

“He’s still looking at a lot of different facts, and then when he makes his decision, he’ll be the one to want to tell you, not me,” Kushner said at an annual conference on U.S. policy in the Middle East organized by the Brookings Institution think tank in Washington.

A senior administration official said last week that Trump could make the announcement on Wednesday.

Past U.S. presidents have insisted that the status of Jerusalem — home to sites holy to the Jewish, Muslim and Christian religions — must be decided in negotiations. The Palestinians want Jerusalem as the capital of their future state, and the international community does not recognize Israel’s claim on all of the city.

Any move by the United States to recognize Jerusalem as Israel’s capital would fuel extremism and violence, Arab League Secretary-General Ahmed Aboul Gheit said on Saturday.

A senior Jordanian source said on Sunday that Amman, the current president of the Arab summit, has begun consultations on convening an emergency meeting of the Arab League and the Organisation of Islamic Cooperation before Trump’s expected declaration this week.