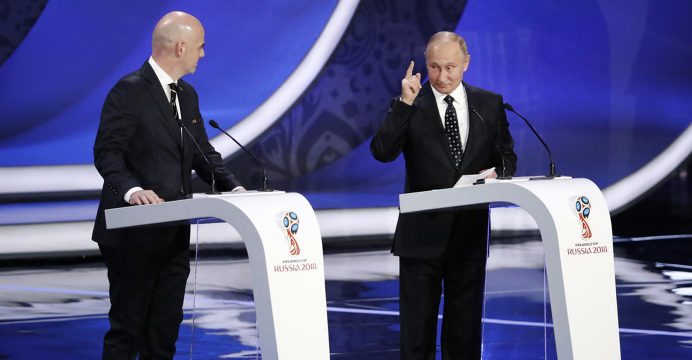 Russian leader Vladimir Putin and FIFA President Gianni Infantino on Friday opened the ceremony for the 2018 World Cup draw in the Kremlin in Moscow.

“Our country is looking forward to the championship and intends to hold it at the highest level,” Putin said in the televised address.

“We have loved this sport a long time, with a strong affection that stretches across the country,” he said, promising to “do everything for (the championship) to be a grand sports festival.” 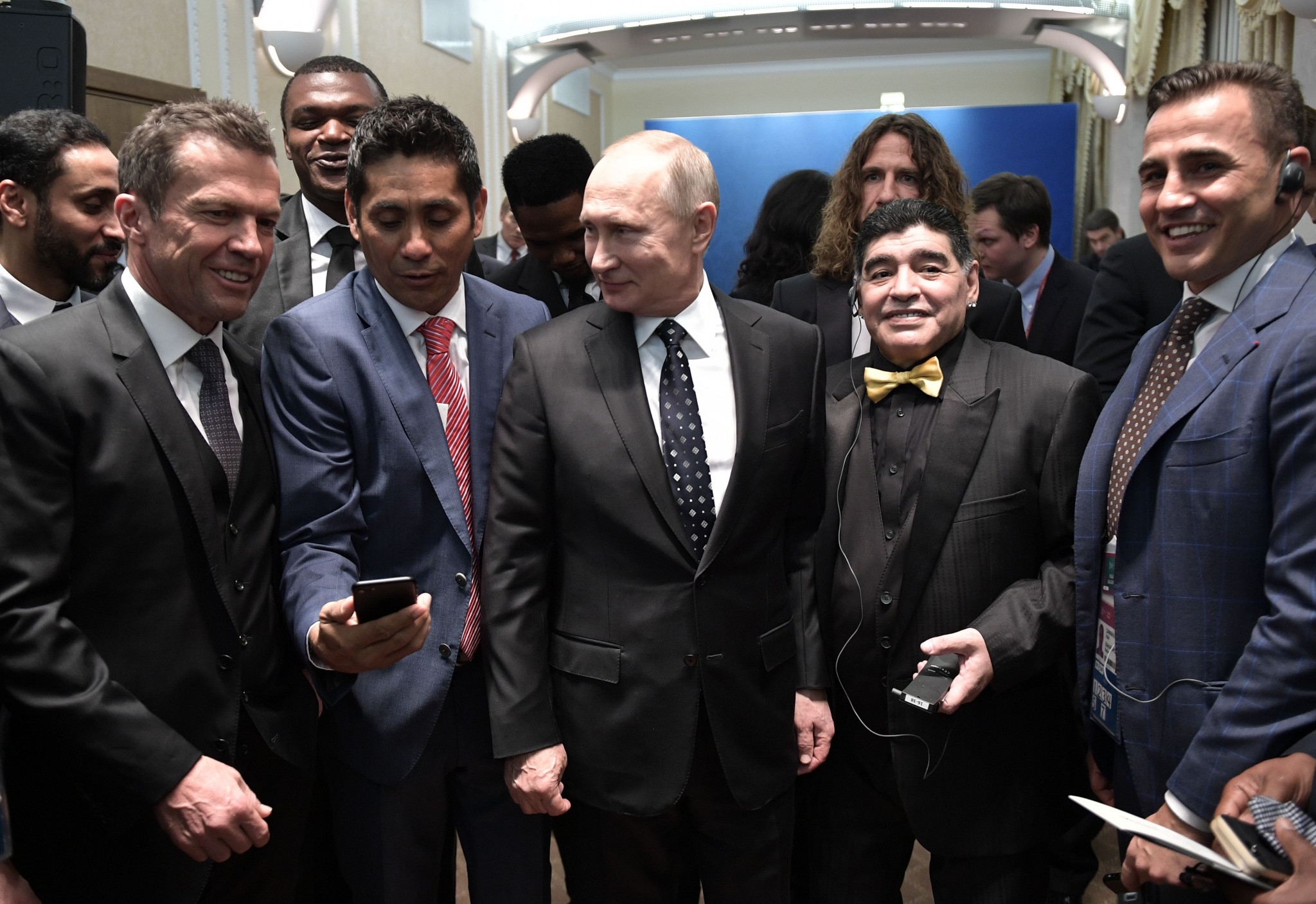 “I am sure that the forthcoming World Cup will be a huge factor in the development of the sport both in the Russian regions and throughout the whole world.”

The football world descended upon Moscow to find out who will play who, when and where at the competition next year.

The setting, by Red Square and St Basil’s Cathedral, could scarcely be grander.

The success of the tournament is a matter of personal pride for Putin after the Russian strongman helped wrest the June 14-July 15 competition from England in an ugly 2010 battle before relations with the West dramatically collapsed over Ukraine.