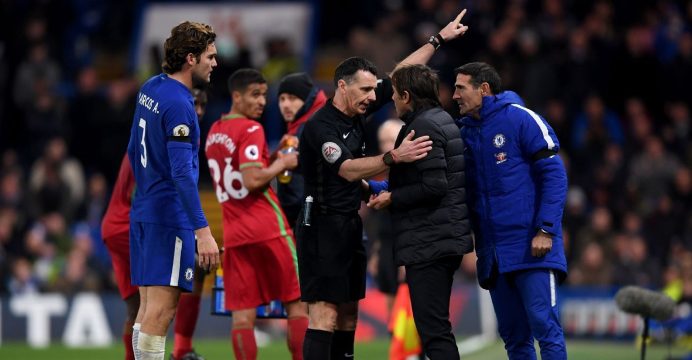 Antonio Conte has apologised after the Chelsea manager was sent to the stands for a furious touchline rant during his side’s 1-0 win over Swansea.

Conte was incensed with Swansea’s time-wasting throughout the first half at Stamford Bridge and his frustration boiled over when referee Neil Swarbrick failed to award Chelsea a clear corner.

The Italian’s constant complaining reached a peak with that incident and fourth official Lee Mason responded by telling Swarbrick, who immediately sent Conte to the stands.

Conte initially retreated to seats behind the Chelsea bench, but he had to watch the second half on television in the home changing room before seeking out Swarbrick and Mason to say sorry.

“It’s right to apologise for what happened during the game. I apologised to both of them,” he said.

“In the first half I saw Swansea was wasting time. I said this a few times to the fourth official.

“I didn’t see anything change. I was frustrated with this situation. 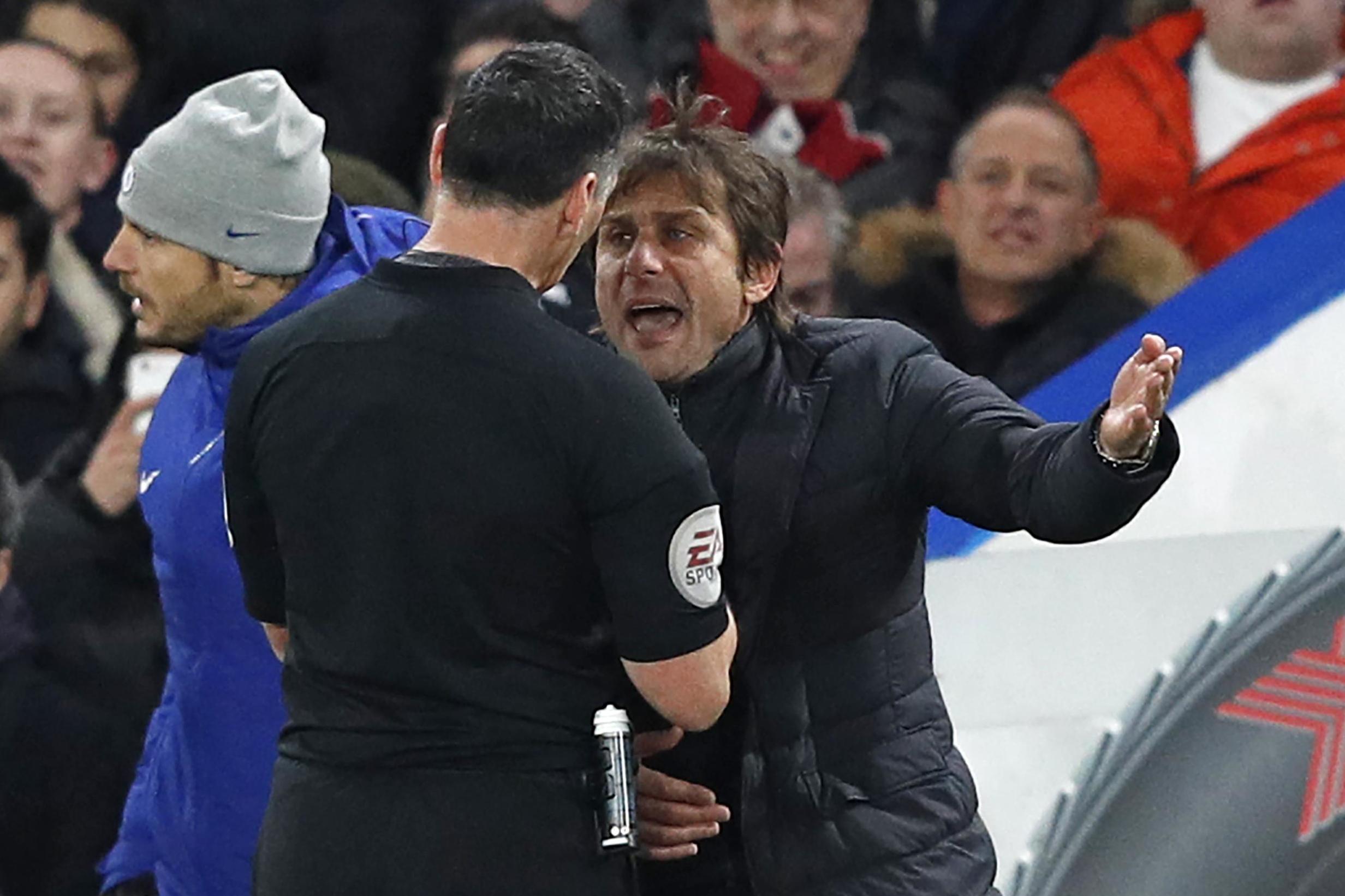 “I tried to tell him again. Then the referee took this decision. For sure I made a mistake. I was frustrated. “I was a bit animated. For this reason the fourth official lost his patience.

“The fault is mine, not the fourth official.”

Conte could be fined for his first dismissal since his move to Chelsea 18 months ago.

However, he insisted he didn’t swear and unless Swarbrick disagrees in his report to the Football Association, Conte is unlikely to be hit with a touchline ban.

It is five years since Conte last saw red and he admitted being banished from the touchline was a painful experience.

“It’s a pity. I watched the rest of the game on a screen in the changing room,” he said.

“I could see very well but I don’t like to stay in there.

“I suffered in the changing room. You don’t have the possibility to communicate with your players. It’s very tough.”