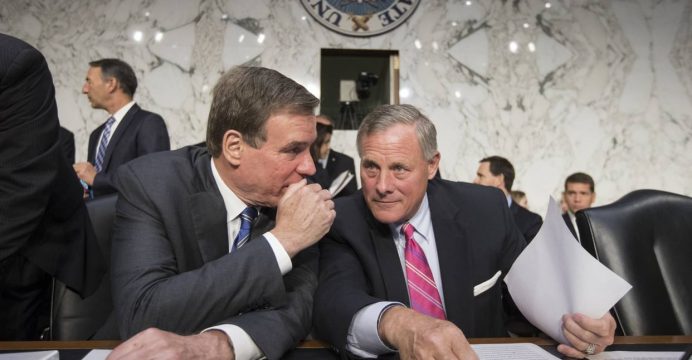 A New York comedian has been compelled to appear before a House Intelligence Committee investigating suspected Russian meddling in the 2016 U.S. election where he will likely face questions about acting as a go-between for Wikileaks and an ally of President Donald Trump.

Randy Credico, a political activist who hosted a radio show on New York radio, is scheduled to appear in front of the committee on Dec. 15, according to a photo of the subpoena posted on his Twitter account.

On several occasions over the last few years, Credico interviewed and met with WikiLeaks founder Julian Assange, a man believed by some U.S. officials and lawmakers to be an untrustworthy pawn of Russian President Vladimir Putin.

Assange’s group released Democratic emails during the 2016 presidential campaign that U.S. intelligence agencies say were hacked by Russia to try to tilt the election against Democratic candidate Hillary Clinton. He is regarded with distaste by many in Washington, although Trump, then the Republican candidate, supported the group’s email releases last year.

Credico has also interviewed Republican political consultant Roger Stone, a longtime Trump ally, who he worked with in the past to reform New York’s drug laws, according to the New York Times.

Stone flatly denied allegations of collusion between the president’s associates and Russia during the 2016 U.S. election in a meeting with House of Representatives Intelligence Committee in September.

During his appearance in front of the committee, Stone refused to identify an “opinion journalist” who had acted as a go-between between Stone and Assange.

According to Stone’s own account to Reuters, he “reluctantly” identified the journalist as Credico in written communication to the committee.

The committee has been interested in predictions that Stone made about damage the email release would have on Clinton’s campaign, the Times reported.