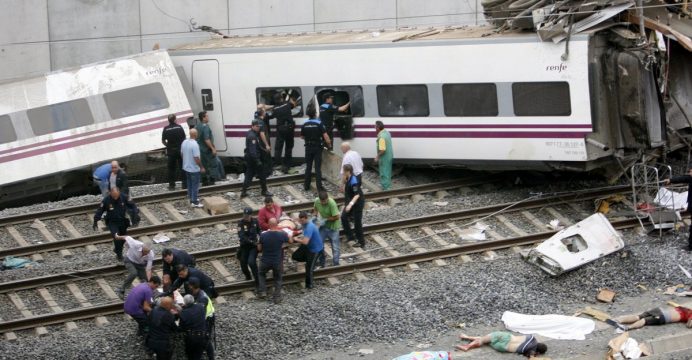 A passenger train derailed in the Spanish province of Seville on Wednesday, leaving 21 people injured, one seriously, according to the Andalusia emergency services.

The medium-distance train was traveling between Malaga and Seville and slid off the tracks in the municipality of Arahal due to adverse conditions caused by heavy rain, a spokeswoman for the national transporter Renfe said.

Andalusia emergency services said earlier on Wednesday that they had attended more than 100 incidents caused by severe weather conditions in the Seville region, mostly on the roads.