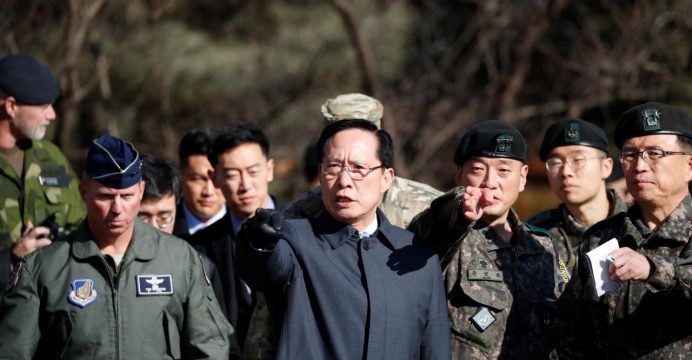 The defector, a North Korean soldier identified only by his surname, Oh, was critically wounded but has been recovering in hospital in South Korea.

The incident comes at a time of heightened tension between North Korea and the international community over its nuclear weapons program, but the North has not publicly responded to the defection at the sensitive border.

South Korean Minister of Defenc Song Young-moo issued his warning to the North while on a visit to the border where he commended South Korean soldiers at a Joint Security Area (JSA), in the so-called Truce Village of Panmunjom, in the demilitarized zone, for rescuing the defector.

A North Korean border guard briefly crossed the border with the South in the chase for the defector on Nov. 13 – a video released by the U.N. Command (UNC) in Seoul showed – a violation of the ceasefire accord between North and South at the end of the 1950-53 Korean War.