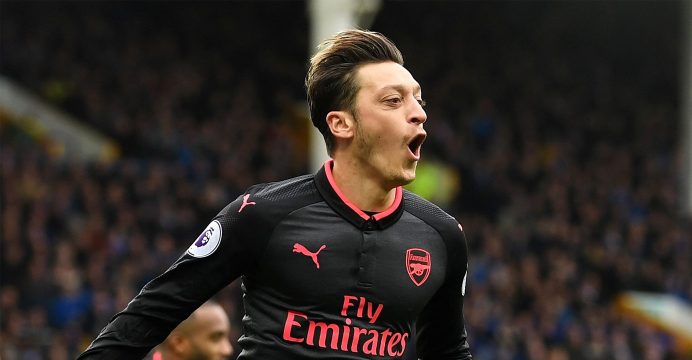 Ozil was outstanding in last weekend’s north London derby victory over Tottenham Hotspur and will again play a key role as Wenger’s side attempt to build on that win when they travel to face Burnley on Sunday.

The Germany international, who is in the final year of his contract at the Emirates Stadium and could open negotiations about a move away in January, came in for heavy criticism during the Gunners’ stuttering start to the campaign.

But his improved recent form has demonstrated the player’s quality and Wenger attributes this to Ozil’s efforts on the training ground.

“Mesut has worked hard and he is extremely fit at the moment as well, and that is why you see him sharp,”the Arsenal manager told the club’s official website.

“The quality of his technical aspect is always there but he has added a more determined attitude and that is what you want from him.”

Veteran French boss Wenger added: “Football today is very demanding in the mental and physical aspects and Mesut is in much better physical shape than he was before.

“Every player wants to be a star and when they don’t manage to do it they are really disappointed but the best way to achieve it is to work hard and show the quality of performance that people expect from you.”