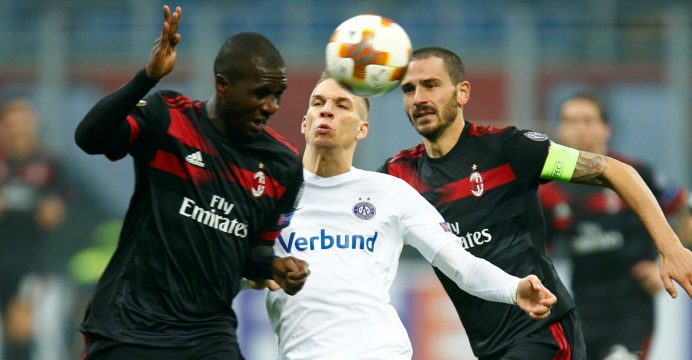 AC Milan, Villarreal and Nice reached the knockout stage of the Europa League after posting wins on Thursday in the penultimate round of the group stage.

Arsenal lost to Cologne 1-0 in Germany but still finish top of Group H while Hertha Berlin crashed out of the competition after a 3-2 loss to Athletic Bilbao.

Everton, already eliminated, suffered a humiliating 5-1 defeat at home to the Italian side Atalanta with Danish forward Andreas Cornelius and midfielder Bryan Cristante each claiming a brace.

The Bergamo club progress from Group E along with Olympique Lyon, who crushed Apollon Limassol 4-0.

Spain’s Villarreal moved into the next round after beating Astana 3-2 to end the Kazakh club’s 17-game unbeaten run.