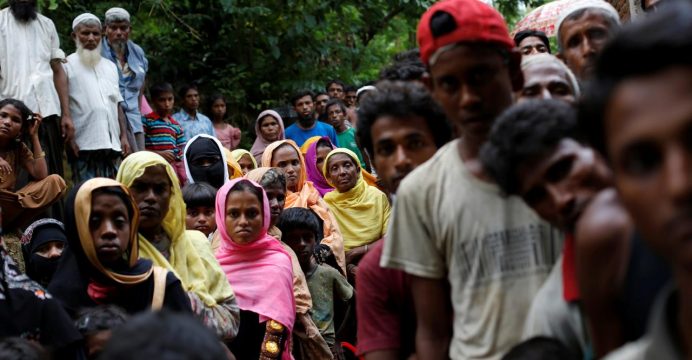 On Wednesday, the United States said the military operation that drove 620,000 Rohingya to seek sanctuary in neighboring, largely Muslim Bangladesh, amounted to “ethnic cleansing”, echoing an accusation first leveled by top U.N. officials in the early days of the humanitarian crisis.

Myanmar expects to sign an accord on Thursday over terms for the return of hundreds of thousands of Rohingya Muslims who have fled to Bangladesh, a government official said, amid concern that Myanmar’s powerful generals could prove obstructive.

Rights groups have accused the military of mostly Buddhist Myanmar of carrying out mass rape and other atrocities during a counter-insurgency operation launched in late August in retaliation for attacks by Rohingya militants in Rakhine State, reports Reuters.

On Wednesday, the United States said the military operation that drove 620,000 Rohingya to seek sanctuary in neighboring, largely Muslim Bangladesh, amounted to “ethnic cleansing”, echoing an accusation first leveled by top U.N. officials in the early days of the humanitarian crisis.

In a further warning to Myanmar’s military, the U.S. Secretary of State Rex Tillerson raised the threat of targeted sanctions against those responsible for what he called “horrendous atrocities”. 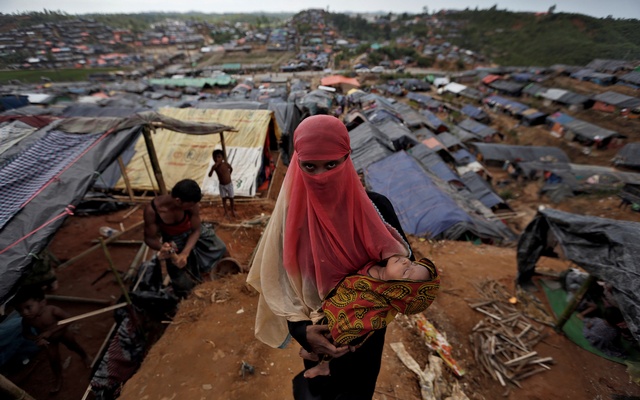 A Rohingya refugee carries her child in a refugee camp in Cox’s Bazar, Bangladesh

Citing fears of a backlash against Tillerson’s comments, the U.S. embassy in Myanmar on Thursday suspended official travel to parts of Rakhine until Dec. 4 and warned citizens against visiting the areas.

For now, though, Myanmar is seeking to ease the international pressure by striking an initial agreement on returns, while Dhaka wants to ensure overstretched refugee camps that have mushroomed in the Cox’s Bazar region don’t become permanent.

In addition to the talks on the Rohingya who have fled since Aug. 25, Bangladesh was also likely to raise the plight of hundreds of thousands of Rohingya sheltering in Bangladesh following previous spasms of violence in Myanmar.

A spokesman for Myanmar’s Ministry of Home Affairs said discussions with Bangladesh officials on Wednesday had finalized the terms of a memorandum of understanding on repatriation.

“The discussion was finalized yesterday morning, and the MOU will be signed today,” Police Colonel Myo Thu Soe said, declining to provide details of the deal.

Suu Kyi, whose reputation as a Nobel peace prize winner has suffered during the crisis, has said repatriation of the largely stateless Muslim minority would be based on residency and that it will be “safe and voluntary”.

Her less than two-year-old civilian administration still has to share power with the military who ruled the country for decades, and Myanmar’s generals have appeared less enthusiastic about the prospect of Rohingya returning.

Humanitarian workers told reporters that, they were particularly concerned about a statement the army commander in chief, Senior General Min Aung Hlaing, made after his meeting with Tillerson last week.

His use of the term Bengali for the Rohingya implies they from Bangladesh, and Buddhists in Rakhine are largely opposed to their presence.

Min Aung Hlaing, over whom Suu Kyi has no control, also said the returnees will be “scrutinized and re-accepted under the 1982 Citizenship Law and the 1992 Myanmar-Bangladesh bilateral agreement”.

The 1982 law, passed during the junta’s long rule, ties Myanmar citizenship to membership of recognized ethnic groups, an official list that excludes the Rohingya.

During a meeting with a senior Chinese general in Beijing on Wednesday, Min Aung Hlaing was told that China wants closer ties with Myanmar’s military.