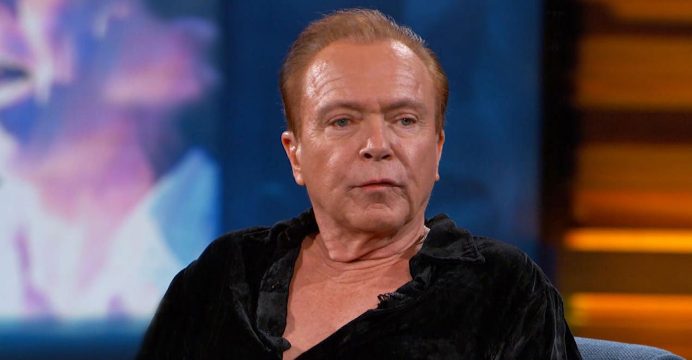 American actor and musician David Cassidy, a 1970s teen idol best known for his role in musical-sitcom “The Partridge Family,” died Tuesday. He was 67.

Publicist Jo-Ann Geffen told AFP that Cassidy — who revealed he had been diagnosed with dementia earlier this year — died of liver failure in Florida, days after US media reported he was hospitalized.

“David died surrounded by those he loved, with joy in his heart and free from the pain that had gripped him for so long,” his family said in a statement.

“The Partridge Family” was aired on ABC from 1970 to 1974, telling the story of a widowed mother (Cassidy’s real-life stepmother at the time, Shirley Jones) and her children as they form a rock and roll band and embark on a musical career.

Cassidy, a New Yorker by birth, starred as lead vocalist and guitarist Keith Partridge, with the band releasing hits such as “I Think I Love You,” which hit number one on the Billboard chart in 1970.

Over the next forty years, Cassidy continued to tour and record, releasing twelve studio albums and selling over 30 million records in total — scoring Grammy nominations in the process.

He also made appearances on television and the stage, including several Broadway shows — such as the original production of “Joseph and the Amazing Technicolor Dreamcoat” — and recently the 2011 series of the “Celebrity Apprentice,” where he was first to be fired by now President Donald Trump.

Of his working life, Cassidy said: “I’m an optimist. I mean, you have to be with my career.

“I’ve never gone out and changed my style to suit the times.”

Cassidy, who lived in Fort Lauderdale, Florida, is survived by his two children — 26-year-old Beau, a singer-songwriter, and Katie Cassidy, 30, an actress.

Paying tribute on Twitter, his nephew Jack Cassidy said: “My uncle David Cassidy has sadly passed away tonight… & in the process of mourning I can’t help but thank God for the joy that he brought to countless millions of people!”

“I’m very sad to hear about David Cassidy. There were times in the mid- 1970s when he would come over to my house and we even started writing a song together,” he wrote.