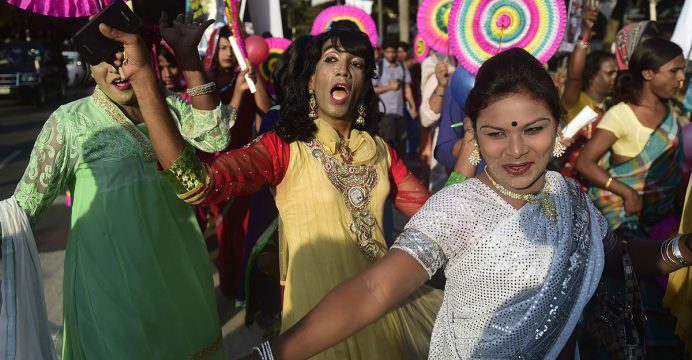 Several members of the third gender community joined police in Khulna to regulate vehicular movement in the city as part of an awareness campaign on Monday.

A number of hijras, led by one Pakhi, took part in the campaign at the Shibbari intersection.

Hijras, who are neither male nor female, were officially recognised in 2013. They are often neglected and looked down upon by the people. The exact number of hijras in Bangladesh is unclear.

A human chain was also organised as part of the campaign.

The hijras, who took part in the campaign, said they wanted to be part of the society’s mainstream and contribute to the development of the country.