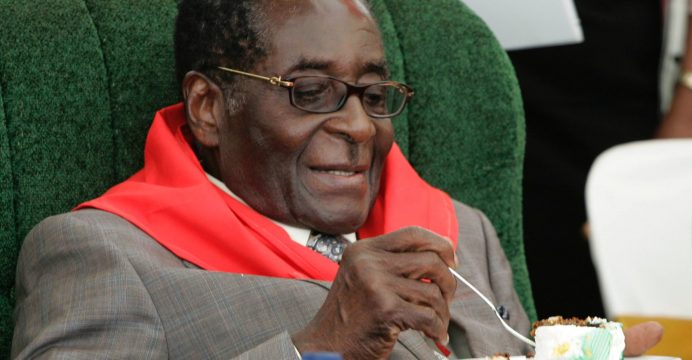 Zimbabwe’s ruling ZANU-PF will discuss the impeachment of President Robert Mugabe on Monday, its chief whip said, after a noon deadline expired for the 93-year-old to end his nearly four decades in power by resigning.

Impeachment could see Mugabe kicked out by a vote in parliament in under a day and would represent an ignominious end to the career of the “Grand Old Man” of African politics, who was once lauded across the continent as an anti-colonial hero.

On paper, the process is relatively long-winded, involving a joint sitting of the Senate and National Assembly, then a nine-member committee of senators, then another joint sitting to confirm his dismissal with a two-thirds majority.

However, constitutional experts said ZANU-PF had the numbers and could push it through in as little as 24 hours.

“They can fast-track it. It can be done in a matter of a day,” said John Makamure, executive director of the Southern African Parliamentary Support Trust, an NGO that works with the parliament in Harare.

Mugabe’s demise, now almost inevitable, is likely to send shockwaves across Africa, where a number of entrenched strongmen from Uganda’s Yoweri Museveni to Democratic Republic of Congo’s Joseph Kabila are facing mounting pressure to step aside.

Mugabe was once admired, even in the West, as the “Thinking Man’s Guerrilla”, a world away from his image in his latter years as the stereotypical African dictator proudly declaring he held a “degree in violence”.

As the economy crumbled and opposition to his rule grew in the late 1990s, Mugabe tightened his grip around the southern African country, seizing white-owned farms, unleashing security forces to crush dissent and speaking of ruling until he was 100.