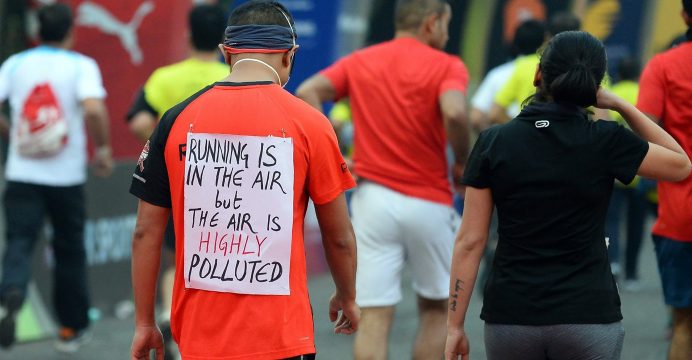 Delhi half marathon goes ahead despite smog, health warnings

Tens of thousands of runners braved smoggy conditions for the Delhi half marathon on Sunday despite dire health warnings from doctors who wanted the race postponed in the heavily-polluted capital.

Around 35,000 people registered for the race in the Indian city after more than a week of hazardous pollution levels that forced schools shut for several days.

The US embassy website Sunday showed levels of the smallest and most harmful airborne pollutants reached 189 — nearly eight times the World Health Organization’s safe maximum. Some runners wore face masks as they jogged through the visible morning haze and complained of side effects from the polluted conditions.

“My eyes are burning, my throat is dry. I have a running nose,” said Rohit Mohan, a 30-year-old runner from the southern city of Bangalore who was among those donning a mask.

“It’s been terrible since I landed here yesterday.” 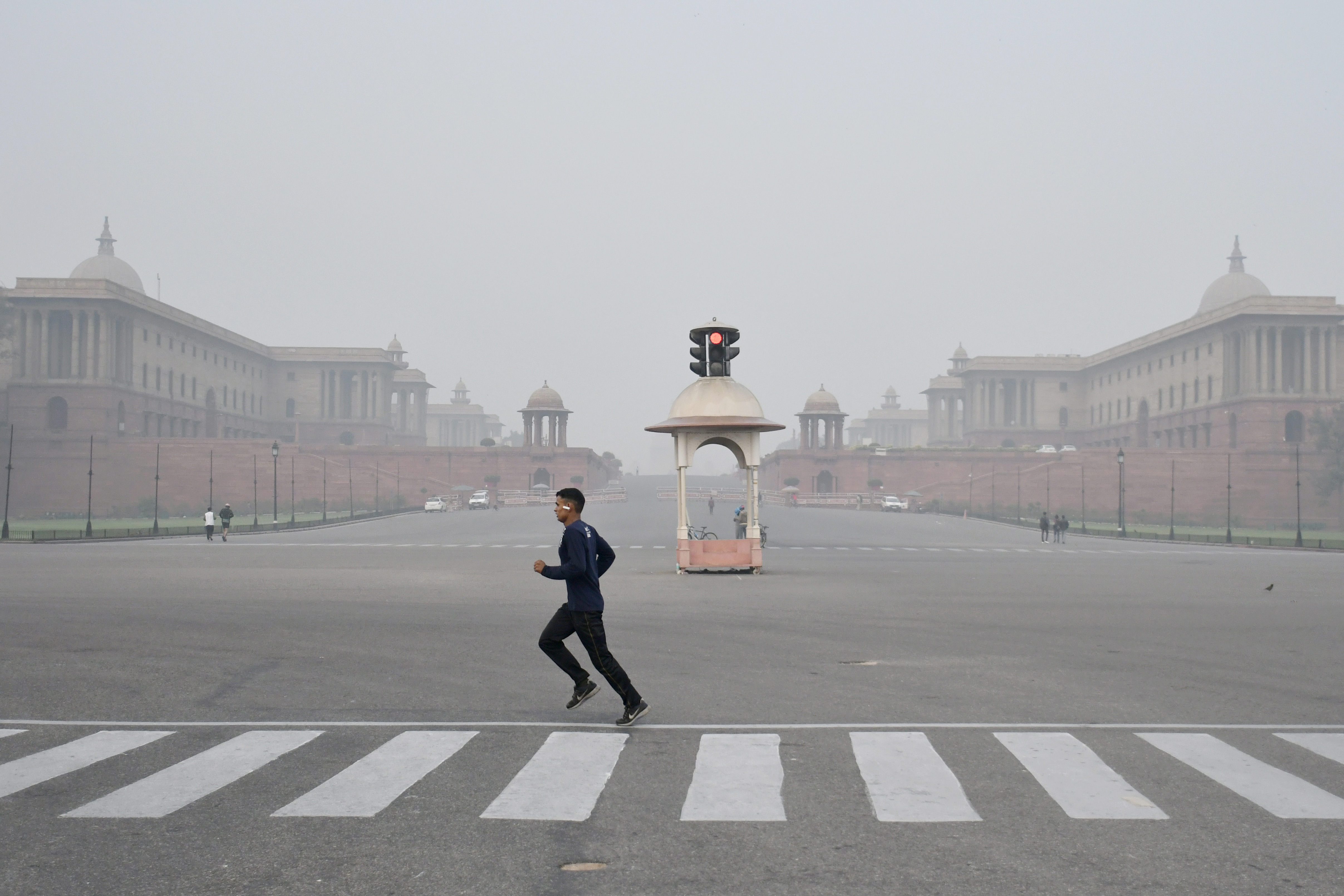 The Indian Medical Association (IMA) had asked the Delhi High Court to postpone the event after a spike in pollution levels that it described as a public health emergency.

However, on Thursday the court said it was satisfied by the organisers’ reassurances that they were doing everything they could to mitigate concerns, and the race was given the green light.

Most participants — the large majority of whom were local, amateur runners seemed unfazed and ran without masks, ignoring the warnings.

“I know pollution is bad and it can affect my health but I am still participating,” said Sitam, who like many Indians goes by one name.

“I want to send a message to the government to do something for fitness enthusiasts and ensure a pollution free environment for them.”

Last week telecoms giant Airtel threatened to pull its sponsorship of the event if authorities in Delhi failed to act to improve the city’s air quality.

Organisers sprayed the course with water to keep dust levels down.

A 2014 World Health Organization survey found Delhi was the world’s most polluted capital, with air quality even worse than Beijing.