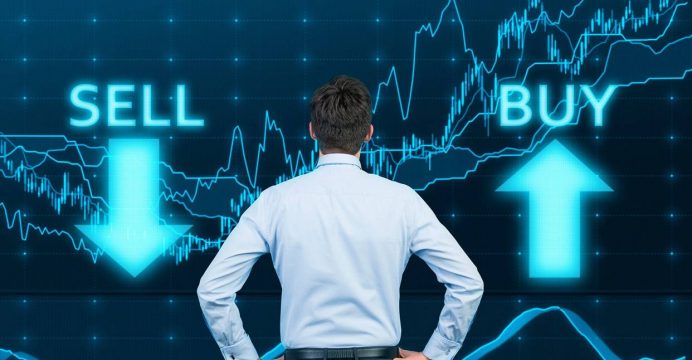 Investors tentatively returned to world stock markets on Thursday, looking for bargains after Europe’s longest losing streak of the year and the worst run since March for the top global indices.

After five consecutive daily losses on the MSCI index of world stocks .MIWD00000PUS and seven straight falls in Europe, there was a bounce of sorts.

Benchmark indices in Tokyo, Shanghai and Hong Kong and Seoul all rallied overnight, while London .FTSE, Frankfurt .GDAXI and Paris .FCHI started 0.3-0.4 percent higher as cyclical stocks which had driven the sell-off made a comeback.

There was some relief too that oil prices had pulled out of what had been a near 5 percent drop and that upbeat U.S. data on Wednesday had helped the dollar .DXY halt the euro’s EUR= sharp recent rise.

“After five or six days of steady selling you have got people coming back in looking for bargains,” said CMC Markets senior analyst Michael Hewson.

“I think it’s temporary though. We haven’t had a significant sell off this year and the fact of the matter is that equity markets have done so much better than anyone dared to envisage.”

Bond markets, meanwhile, were seeing a broad rise in yields after mostly upbeat U.S. economic news on Wednesday had added to expectations the Federal Reserve will hike interest rates again next month as well as multiple times next year.

Two-year Treasury yields US2YT=RR crept to fresh nine-year peaks in European trading, though significantly the U.S. yield curve remained at its flattest in a decade.

European yields nudged higher too but the standout there was a fall in the premium investors demand to hold French debt over German peers to its lowest in 2-1/2 years, and almost to record lows, on optimism about reforms under Emmanuel Macron.

“The fact that the ECB extended QE by nine months helps create the appetite for semi-core debt and also it looks very attractive for Japanese investors as an alternative to U.S. Treasuries,” said ING strategist Martin van Vliet.

The liveliest moves in Asia had come in Japan, where the Nikkei turned around early losses to surge 1.5 percent as investors returned after a six-day losing streak there.

There were 0.6-0.8 percent gains for Shanghai .CSI300 and Hong Kong .HSI and Seoul .KS11, while Australian stocks added 0.2 percent as data showed the country’s unemployment rate at its lowest since early 2013.

Wall Street EMini futures for the S&P 500 ESc1 also pointed to a rebound in U.S. markets later. All the major indices had dropped on Wednesday with the energy sector .SPNY suffering a four-day decline of 4 percent, its weakest such period in 14 months.

Investor concern over the progress of a massive U.S. tax reform plan showed no sign of abating as two Republican lawmakers on Wednesday criticized the Senate’s latest proposal.

U.S. President Donald Trump hit back, tweeting that “Tax cuts are getting close!”

“If we look at what the markets are focusing on, it’s still very much the tax cut debates in the U.S., and how much progress there’s going to be on this front,” said Mitul Kotecha, head of Asia macro strategy for Barclays in Singapore.

The dollar index .DXY, which tracks the greenback against a basket of six major rivals, was slightly higher on the day at 93.828 having hit four- and five-week lows against the yen and euro.

Doubts that the latest round of talks on the North American Free Trade Agreement will make much headway in the face of tough U.S. demands saw Mexico’s peso sink to an eight-month low, though it steadied in Asian and European trade.

Oil prices gained despite pressure after the U.S. government reported an unexpected increase in crude and gasoline stockpiles. They had lost ground to this week’s International Energy Agency (IEA) outlook for slower growth in global crude demand.