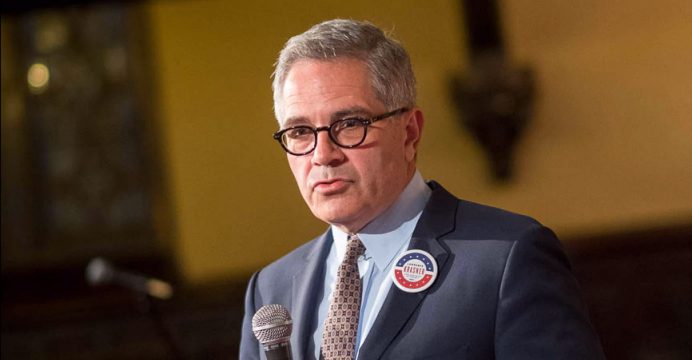 Twelve jurors and six alternates were selected at the FIFA corruption trial in New York on Thursday, tasked with deciding the guilt or innocence of three fabulously wealthy and once powerful South American soccer officials.

The impanelling of the jury clears the way for prosecutors to begin opening statements next Monday, two and a half years after they unveiled what is the largest bribery scandal in the history of the world’s most popular sport.

The jurors were whittled down from a prospective pool of 200, and kept in semi-secluded anonymity following documented attempts at intimidation. They were finalized on day four of the painstaking process in the US federal court in Brooklyn.

Of the 18 people, 12 are men and six are women. The majority are white. US District Judge Pamela Chen, who is presiding over the trial, sent them home for the weekend with strict instructions not to talk anyone about the case and to isolate themselves from any news coverage.

Prosecutors unveiled the scandal on May 27, 2015, lifting the lid on a quarter of a century of endemic corruption in the heart of FIFA, soccer’s governing body.

Forty-two officials and marketing executives and three companies were indicted in an exhaustive 236-page complaint detailing 92 separate crimes and 15 corruption schemes to the tune of $200 million.

The most high-profile is Jose Maria Marin, 85, former president of Brazil’s Football Confederation — the sport’s organizing body in one of the premier soccer-playing nations in the world.

Also in the dock is former FIFA vice president Juan Angel Napout, 59, and Manuel Burga, who led soccer in Peru until 2014 and once served as a FIFA development committee member.

If convicted by the jury, they will be sentenced by Judge Pamela Chen. The most serious counts each carry a maximum sentence of 20 years.