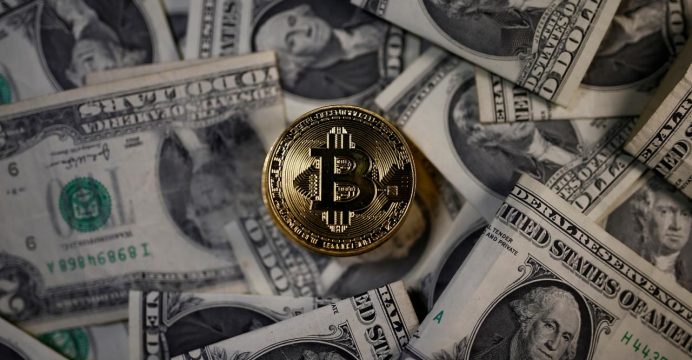 Bitcoin dropped below $7,000 on Friday to trade more than 5 percent down on the day, having fallen by well over $1,000 since hitting an all-time high on Wednesday.

Bitcoin dropped to $6,800 on the Luxembourg-based Bitstamp exchange BTC=BTSP by 1200 GMT, before recovering a little to $6,870 just over 20 minutes later.

On Wednesday around 1800 GMT, it had touched $7,888 after a software upgrade planned for next week that could have split the cryptocurrency in two was suspended.

As bitcoin fell, Bitcoin Cash – a clone of the original that was generated from another split on Aug.1 – surged, trading up as much as 35 percent on the day at around $850, according to industry website Coinmarketcap.

Despite losing almost 7 percent this week, bitcoin is still up more than 600 percent so far this year.