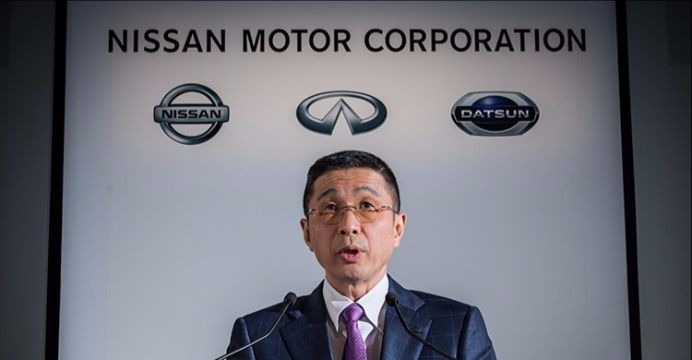 In the first half, Nissan generated an operating profit of 281.8 billion yen on net revenues of 5.65 trillion yen. Excluding special item costs associated with final vehicle inspection issues in Japan and class action settlements in the US, first-half operating profits reached 322.6 billion – in line with company expectations.

In the second quarter, excluding special item costs, operating profits rose 9.2% to 169.3 billion yen amid rising unit sales in markets including Japan and China, where demand increased for models such as the Serena, Note e-POWER, X-Trail, and Sylphy.

For the six-month period to September 30, 2017, Nissan’s global unit sales increased 4.6% to 2.73 million units. In Japan, Nissan’s sales rose by 34.1% to 283,000 units, equivalent to a market share of 11.4%, reflecting increased sales of both mini cars and registered passenger vehicles.

Nissan’s unit sales in China, which reports figures on a calendar year basis, rose 6.7% to 651,000 units, equivalent to a market share of 5.2% amid strong demand for vehicles such as the X-Trail and Sylphy. In Europe, including Russia, Nissan’s sales rose 3.6% to 375,000 units, which resulted in a market share of 3.8%. Models including the Qashqai and Micra helped drive demand in the region.

Nissan sales in the US declined 0.4% to 779,000 units, compared with a 2.1% decline in the US market as a whole for the six-month period. In other markets, Nissan sales rose 2.3% to 390,000 units as strong growth in Latin America and Africa offset sluggish conditions in the Middle East, Asia, and Oceania.

For the 12 months ending March 31, 2018, the company has revised its operating profit guidance downward by 40 billion yen to 645 billion yen to reflect the expected net impact related to vehicle final inspection issues in Japan, after taking account of other cost efficiency offsets.

As non-operating items and the effective tax rate are projected to improve versus the prior outlook, net income outlook remains unchanged. Nissan is also maintaining its previously-announced forecast for full-year net revenue.

In addition to first-half financial results, details of Nissan’s ongoing midterm plan “Nissan M.O.V.E. to 2022” were shared. The mission of the six-year plan is to achieve sustainable growth and to lead the technology and business evolution of the automotive industry.

By the end of the plan, under the proportional consolidation of our Chinese joint venture, Nissan aims to grow revenues from 12.8 trillion yen to 16.5 trillion yen, and generate a cumulative 2.5 trillion yen of automotive free cash flow, with an 8% operating margin.