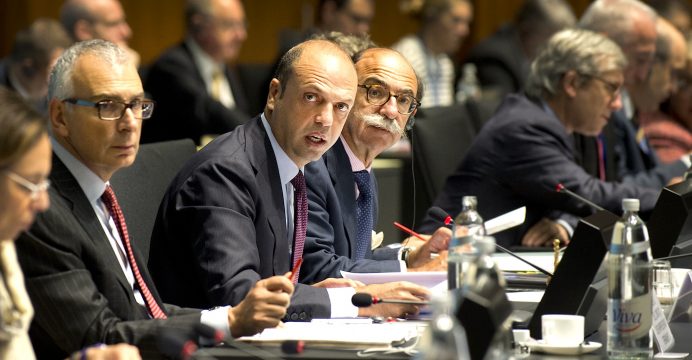 Several European countries have criticized the detention of an Egyptian human rights lawyer who is helping investigate the murder of Italian student Giulio Regeni.

For the first time, Germany, Italy, the Netherlands, Britain and Canada said they were “deeply concerned” at the ongoing detention of human rights lawyer Ibrahim Metwaly Hegazy.

“We are concerned at the detention conditions that Ibrahim Metwaly Hegazy is reportedly enduring, and continue to call for transparency on prison conditions in Egypt,” a joint statement published on the British government website said late on Friday.

Metwaly, who founded the Association of the Families of the Disappeared after his son disappeared in suspicious circumstances four years ago, went missing while heading for his flight to Geneva to attend a U.N. conference on enforced disappearances on Sept. 10.

Members of Metwaly’s group said he was taken from Cairo airport by airport security and he was not heard from until three days later when a state security prosecutor ordered his detention.

Asked about the case, two judicial sources told Reuters that Metwaly had been detained on charges of spreading false news and joining an illegal group, and that his pre-trial detention was in accordance with the law.

The sources said all prisoners are guaranteed the right to fair treatment without discrimination.

Rights activists say Egyptian security forces resort to kidnapping government opponents and keeping them in secret jails where they can spend weeks, months, or years without charge. The authorities deny the accusation.

Italian graduate student Giulio Regeni, who was conducting research on Egyptian trade unions, disappeared in Cairo in January 2016. His body was discovered in a ditch on the outskirts of the Egyptian capital on Feb. 3, showing signs of extensive torture.

Metwaly has been assisting lawyers working on the Regeni case as an expert on enforced disappearances, according to one of the lawyers.