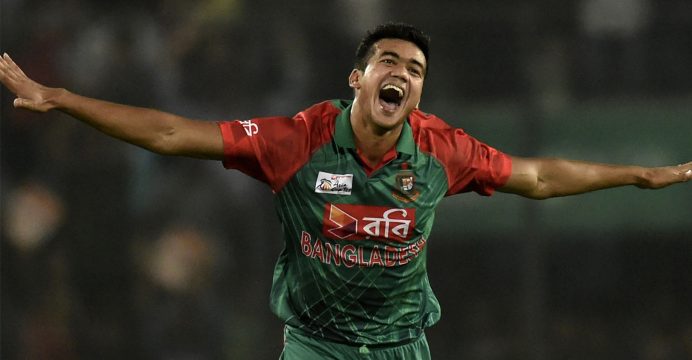 Fast bowler Taskin Ahmed shrugged off his Tiger’s dismal performance in their South Africa tour as he moved forward to start his new innings in his live as he got married on last Tuesday to Syeda Rabeya of Mohammadpur, reports BSS.

Pacer Taskin like his bowling was in hurry, just after arriving with Bangladesh team on Tuesday morning (October 31) at 8am and by nightfall he tied his knot to begin a new innings of his life.

The bride Syeda Rabeya is Taskin’s classmate at American International University (AIUB) and the marriage was held with few family members and his teammates participated in the hurried wedding ceremony.

However Taskin’s father taking to a Bengali Daily said as this marriage was an arranged family affairs one and later a big wedding ceremony will be held.