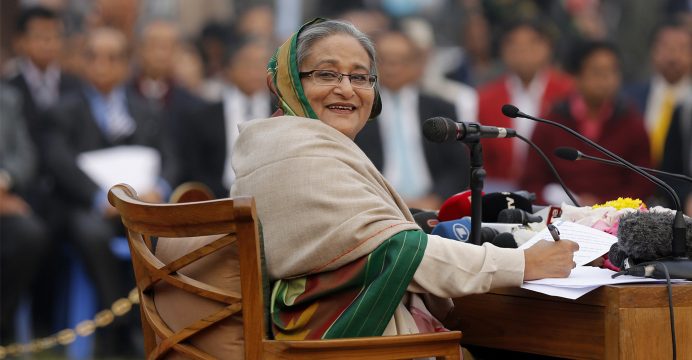 Bangladesh Prime Minister Sheikh Hasina Wajed ranked 9th in Forbes list of Most Powerful Women in Politics out of World’s 22 most powerful woman in Politics ranking list for her political achievements.

Sheikh Hasina has also been recognized as 30th powerful women on this year’s Forbes list of the World’s 100 Most Powerful Women. The Bangladeshi PM climbed from the 36th spot since last year, evidently owing to the country’s acceptance of around 620,000 Rohingya refugees from Myanmar’s crisis-torn north Rakhine state.

In stark contrast to Aung San Suu Kyi of Myanmar, the “lady of Dhaka” has promised aid to Rohingya refugees fleeing Myanmar, allotting 2,000 acres of land in Bangladesh for them, reported Forbes on Wednesday.

It said Hasina is “proud to bear the bulk of the cost” of the relocation of these refugees to her country. This includes issuing identification cards and providing childhood immunizations. 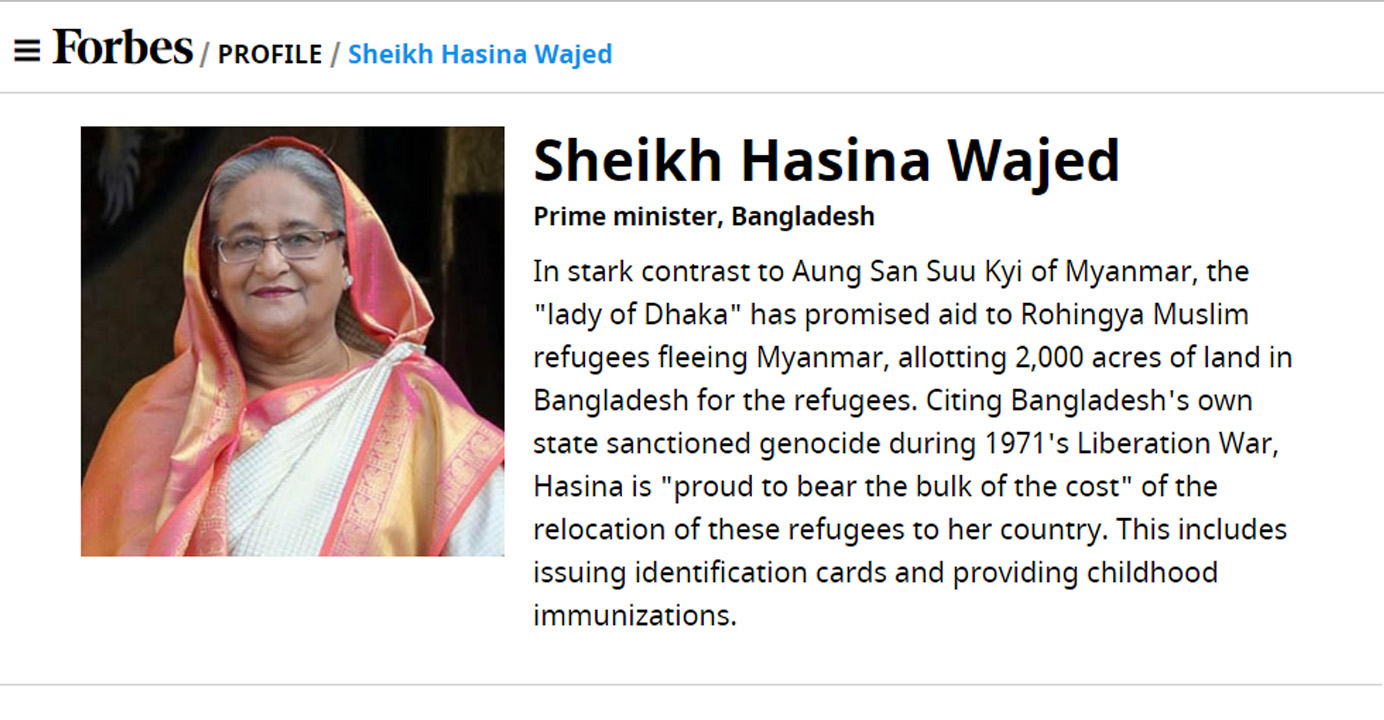 Haseena has been serving as the prime minister of Bangladesh for the third term. Meanwhile, German Chancellor Angela Merkel topped the list for a seventh consecutive time and 12 times in total. The second spot was bagged by British Prime Minister Theresa May. Melinda Gates, the co-chair of Bill and Melinda Gates Foundation, is the third most powerful woman in the world.

Hillary Clinton, ranked 2nd last year, slid 63 places on this year’s list after her defeat to Donald Trump in the US presidential election.

According to Forbes, this year’s top women in politics are at the forefront of efforts to reshape and retain global alliances.

This year, 23 women debuted in the list, which Forbes said is a record for its Power Women list.