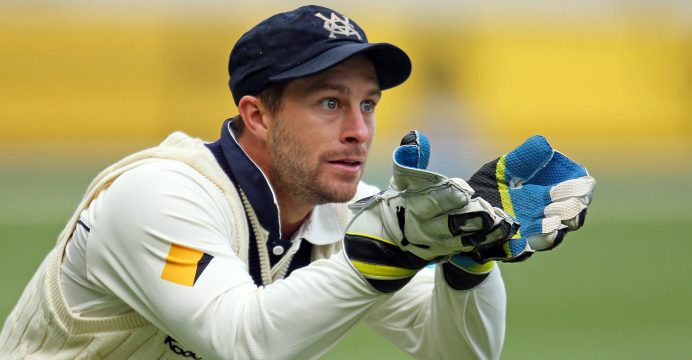 Wicketkeeping great Adam Gilchrist has called on Australian selectors to pick and stick when they decide who will be behind the stumps for the upcoming Ashes series, reports BSS.

Three players are seen as being in the mix to take the gloves and also provide middle-order batting stability ahead of the first Test against England in Brisbane on November 23.

They include the current incumbent Matthew Wade, who has struggled with the bat, his predecessor Peter Nevill, who was axed 12 months ago, and the fast-improving Alex Carey.

Whoever gets the nod should be given an extended run, said Gilchrist, who played 96 Tests, making more than 400 dismissals and scoring over 5,500 runs.

“Whoever they pick, they just need to give them a good run at it,” he told radio station SEN late Monday.

“Say ‘We’ve got to settle here now’. Like they’ve done with (Matthew) Renshaw at the top of the order.

Gilchrist pointed to fellow wicketkeepers Ian Healy and Rod Marsh as players who repaid the faith of selectors by becoming greats of the game.

He said there were arguments for all three players, but he believed South Australian Carey, 26, could be the surprise pick despite his lack of international experience.

“I’m hearing a big push for Carey from South Australia,” he said.

“He’s slightly younger than the others… I believe he’s a very hard worker and a top team man and a good guy to have around.