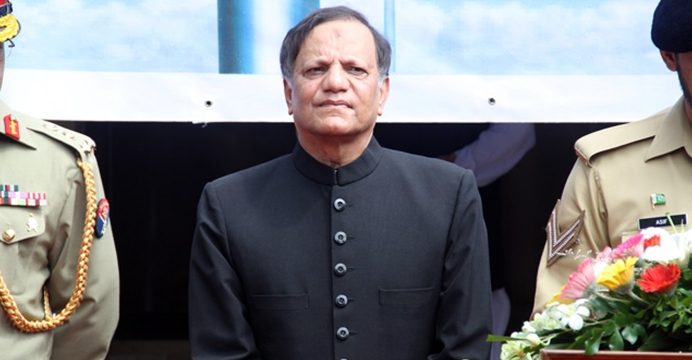 Bangladesh today demanded Islamabad’s formal apology over the misleading video post on Pakistan High Commission’s webpage on the 1971 Independence Declaration summoning its envoy in Dhaka at the foreign ministry.

“The Government of Bangladesh seeks a formal note of apology for this ill-motivated and misleading video post and calls for an immediate withdrawal of the footage from the facebook page reportedly maintained by the Pakistan High Commission in Dhaka,” a foreign ministry statement said.

The Pakistan envoy declined to talk to newsmen as he came out but Ahsan later said he expressed sorrow for posting the video calling it an “unintentional” act.

The high commission, however, deleted it from its website as protests started to mount.

“The government of Bangladesh deeply regrets that notwithstanding Bangladesh’s repeated overtures the malicious campaign by Pakistan and its various agencies against Bangladesh has not come to a halt,” the protest note quoted Ahsan as telling the envoy.

The foreign ministry, the statement said, also strongly cautioned the Pakistan High Commissioner that repeated breach of diplomatic norms by Pakistan would only stand to harm the bilateral relations.

The diplomatic note stated that the message conveyed in the video that it was not the Father of the Nation Bangabandhu Sheikh Mujibur Rahman who declared the independence of Bangladesh “is a blatant lie and sheer fabrication of historical facts”.

According to the Pakistani video Bangabandhu did not want Bangladesh’s independence; he sought autonomy.

“The government of Bangladesh strongly rebuts such baseless and unfounded narratives,” the note read adding “such misadventure from Pakistan or for that matter any quarters in Pakistan would threaten normal ties”.

Ahsan told the envoy that this was an instance of purposeful abuse of social media by the High Commission of Pakistan in Dhaka and breach of diplomatic norms and practices.

He said such “deliberate propaganda to spread shameless lies shall not only jeopardize bilateral relations” but would render a great disservice to succeeding generations of historians, intelligentsia as well as common people who champion the cause of truth and justice.

“The envoy was also reminded that Bangladesh’s long freedom movement culminated in the declaration of independence by Bangabandhu Sheikh Mujibur Rahman on 26 March 1971 and Pakistan’s subsequent surrender at Dhaka on 16 December 1971,” the foreign ministry statement said.

The protest note, on the other hand, said Bangabandhu’s Independence Declaration and his clarion call to take up arms against a brutal military were the milestone event in Bangladesh’s liberation struggle that motivated hundreds of thousands of Bangladesh’s Freedom Fighters to fight to liberate the country. It also added that even some historians in Pakistan in their works highlighted Bangabandhu’s singular and monumental role in Bangladesh’s Liberation War.

The note said that “such utterly undiplomatic practices hurt the sentiments of the people of Bangladesh particularly the families of the three million martyrs and around half million violated women”.

It said for the sake of adherence to established diplomatic norms; in future, Pakistan High Commission in Dhaka as well as the Pakistan authorities must act responsibly and refrain from any such uncalled for and provocative activities against the interest of Bangladesh .

Later, the Pakistan envoy was also told to bring the matter to the notice of concerned authorities in Pakistan.