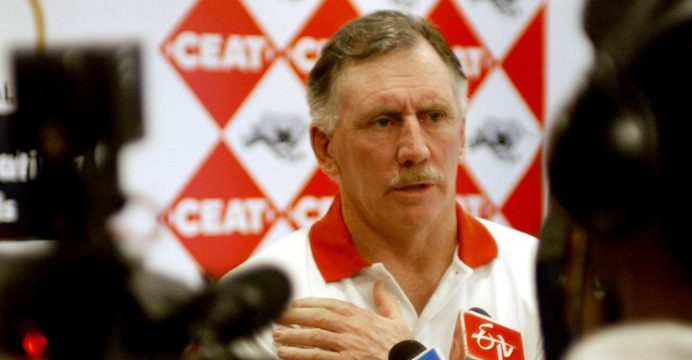 Former Australia cricket team captain Ian Chappell has given his take on the ongoing Rohingya crisis.

Chappell is a special representative for Australia for UNHCR, the UN refugee agency’s fundraising partner in Australia.

Below are his excerpts:

“In November 2000, I paid my only visit to Dhaka to commentate on Bangladesh’s inaugural Test match — the Bangladesh Tigers played India.

“I was struck by the crowds and the traffic in Bangladesh. The nation has 163m people crammed into an area less than two-thirds the size of Victoria.

“Today I find it hard to imagine how this densely populated country will absorb the half a million Rohingya refugees who have arrived in the past few weeks. Population aside, Bangladesh is a poor country that deals with far more than its fair share of disasters, enduring frequent floods and cyclones. The obvious thought is that Bangladesh is struggling to look after its own population and the last thing they need is more people.

“But, from what I know of Bangladesh, I’m not surprised the refugees are accepted and welcomed. My involvement with Bangladesh has always been through the lens of cricket, and it’s always been positive – Bangladeshi cricket fans are the most joyful I’ve encountered in world cricket, always cheering their team on, but never deriding the opposition. My brother Trevor Chappell, who coached the Bangladesh cricket team from 2001 to 2002, often comments on the gentle, warm and hospitable nature of the locals.

“Some 585,000 Rohingya refugees and counting have arrived in Bangladesh since 25th August this year. But the government has kept the borders open and is working hard – with the UN Refugee Agency (UNHCR) and other aid organisations – to keep them safe, sheltered and fed. At a personal level, Bangladeshi people are rallying to share their own limited resources with the new arrivals.

“Refugees who arrive sick, hungry, and with tales of unspeakable horrors in Myanmar, are being treated with warmth and compassion, in stark contrast to the hardening attitudes we see from so much of the world. This reflects the values I saw in Bangladesh’s cricket community.

“Responding to what is now the world’s fastest growing refugee crisis is a massive undertaking. UNHCR’s two existing refugee camps in southern Bangladesh were quickly overwhelmed, and more space had to be found immediately.

“Critical items such as tents, tarpaulins, blankets and mosquito nets are being airlifted in, while food is being distributed. Water and sanitation services are being installed; vaccination campaigns have been launched to prevent epidemics; and medical clinics rapidly established.

“It’s not just short-term physical needs that aid agencies and government must meet. UNHCR psychologists have begun trauma counselling, and teams are working to reunite children with their families, after they’d been separated in the chaos.

“Bangladesh is shouldering a far greater burden than other wealthier countries in this crisis. This isn’t a surprise – the vast majority of refugees globally are hosted by developing countries.

“I was raised with a well-developed sense of fair play, but in my 15 years involvement with refugee issues it doesn’t seem to me that there’s much justice in the world in this area. Bangladesh can’t handle this crisis alone. Governments in wealthy countries need to do more, and as individuals we need to do more.

“Refugees aren’t the faceless masses they’re portrayed as by politicians. They are individuals, each with a devastating story of escaping violence, walking for days with no food, seeing relatives killed, or watching children drown as boats capsize.

“I challenge anyone to hear a refugee tell his or her story and not want to help.”