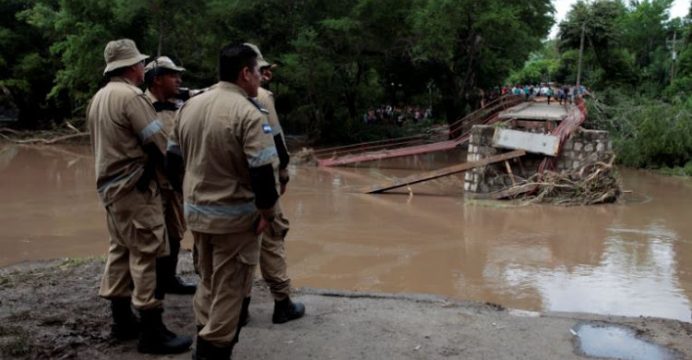 Torrential rains in Nicaragua have left at least five people dead as rivers burst their banks, flooding homes, and damaging roads and bridges, the government said on Thursday.

Two other people are missing in the violent weather of recent days, government spokeswoman Rosario Murillo said. Four of the fatalities were young miners working in a pit that filled with water and the fifth a teenage girl who fell off a ravine, reports BSS.

More than 2,700 homes were flooded and some 17,000 people have been left without clean water, Murillo said. Power was knocked in some departments of the poor Central American country.

A red alert was declared in some areas because of the continuing heavy rains as authorities evacuated thousands of people to take them to safer places. The rain is not expected to let up until Saturday, Murillo added.