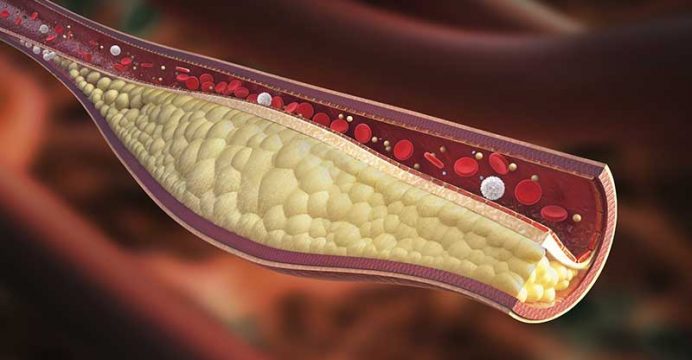 The prevalence of U.S. adults with high cholesterol declined significantly between 1999-2000 and 2015-2016, achieving a long-term public health goal, according to data released on Thursday by the Centers for Disease Control and Prevention’s National Center for Health Statistics.

High cholesterol is a key risk factor for heart disease, which remains the No. 1 killer in the United States despite dramatic declines in overall numbers in recent decades.

To improve the health of the U.S. population, a program called Healthy People 2020 included a goal of reducing the proportion of adults with high total cholesterol to less than 13.5 percent. Both men and women aged 20 and over met that goal.

The surveys over two-year periods provide a snapshot of health of the U.S. population, Margaret Carroll, lead author of the latest report explained. “It’s good news that total cholesterol is going down.”

Each survey targets a sample of about 5,000 people from counties across the country. While the report does not explain the positive trend, one answer seemed obvious to Dr. Steven Nissen, chief of cardiology at Cleveland Clinic who was not involved with the CDC report.

“The use of statins has skyrocketed,” said Nissen, referring to widely used cholesterol-lowering medicines such as Pfizer Inc’s Lipitor, AstraZeneca’s Crestor and their generic counterparts that also significantly reduce heart attacks. “My guess is the vast majority of this difference is due to the use of statins.”

Public health measures such as bans on trans-fat foods, as well as individual decisions to alter diet and exercise has also likely helped, Nissen said.

The CDC report also found the prevalence of Americans with levels of “good” HDL considered too low fell from 22.2 percent in 1999-2000 to 18.4 percent as of last year. Levels of HDL are recommended to be at 40 mg/dl or above.

However, raising HDL via medicines, such as niacin, has never shown a correlation with better health outcomes. The NCHS plans to release data on levels of “bad” LDL cholesterol, the prime target of statins, and triglycerides – both components of total cholesterol – later, Carroll said.

Among women, the 20-39 age range had far lower rates at 6.7 percent, while more than 17 percent had high total cholesterol in the other two age groups.

The race appeared to make no significant difference in high cholesterol rates among men, but Hispanic women had lower rates than non-Hispanic white women – 9 percent versus 14.8 percent – with non-Hispanic blacks and Asians in the middle at 10.3 percent each.