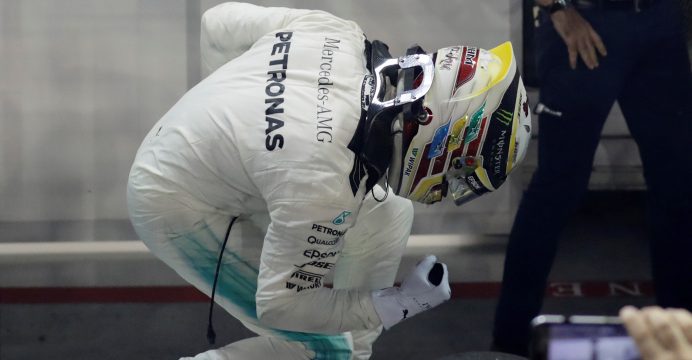 Hamilton wins U.S. GP but made to wait for title

Mercedes won the Formula One constructors’ title for the fourth year in a row on Sunday but Lewis Hamilton was made to wait despite cruising to a U.S. Grand Prix victory at one of his favorite circuits.

Hamilton, presented with the winner’s trophy by former U.S. president Bill Clinton, now looks sure to finish off the job and become Britain’s first four times world champion in Mexico next weekend.

The Mercedes driver’s fifth victory in six years at Austin’s Circuit of the Americas extended his lead over Ferrari’s Sebastian Vettel, who finished second, to 66 points. 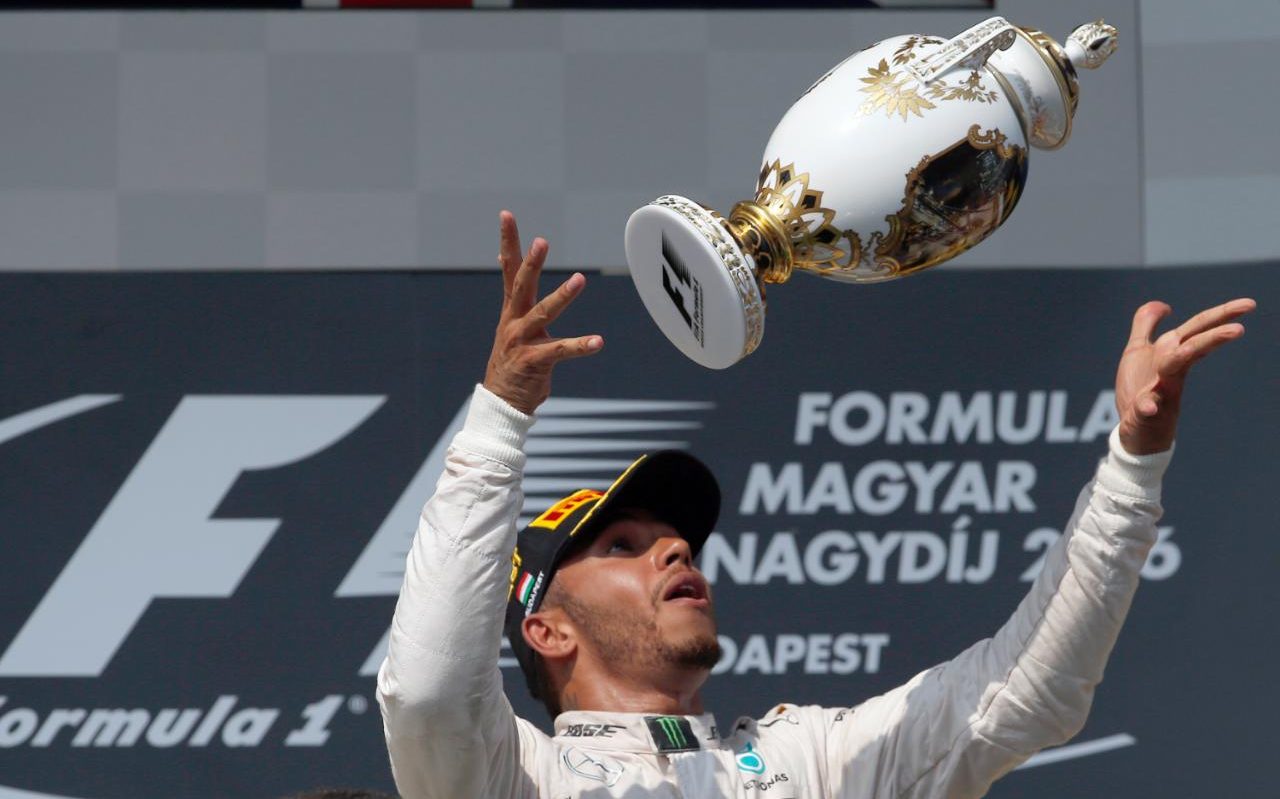 There are a maximum of 75 points still to be won from the three races remaining.

“I love this track, I think this track is now my favorite to be honest,” said Hamilton, interviewed by Usain Bolt on the podium and joining the Olympic sprint champion’s signature victory pose.

“A big congratulations to the team. They work so hard back at the factory and here.”