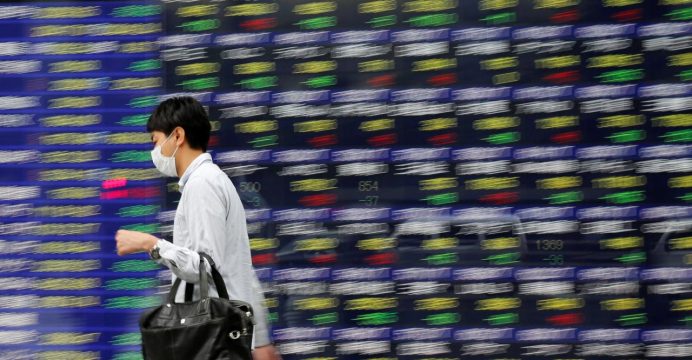 Asian shares held within striking distance of recent decade highs on Tuesday and major currencies kept to narrow ranges, while the New Zealand dollar fell after the country’s incoming Labour government laid out its left-leaning priorities.

The policies were seen as unfriendly to foreign investment and immigration, and could prove negative for the New Zealand dollar, given the country runs a current account deficit, reports Reuters.

The kiwi, the world’s 11th most-traded currency, duly shed all its early gains to trade at $0.6953, not far from a five-month trough of $0.6932 touched on Monday. The kiwi has fallen in four out of the last five sessions.

“This may or may not necessarily turn out to be a bad thing but investors are focused on the uncertainty and shorting the kiwi.” 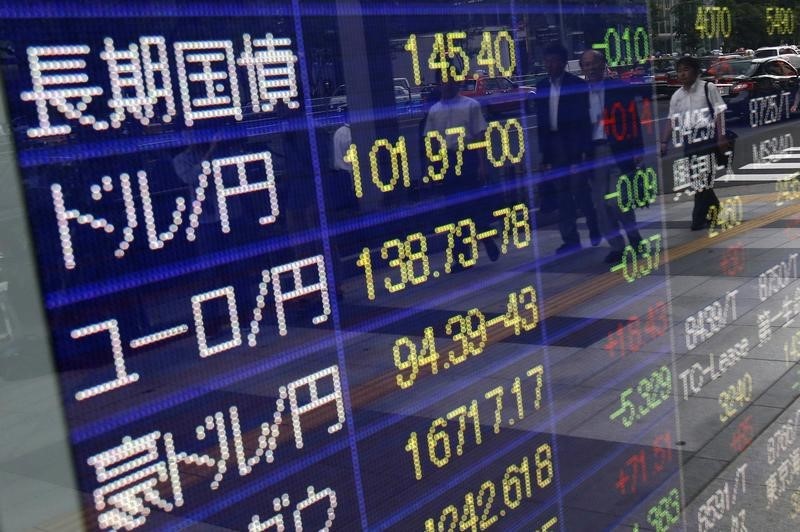 Pedestrians are reflected on an electronic board showing the exchange rates between (from 2nd row to the bottom) the Japanese yen against the U.S. dollar, the euro and Australian dollar, outside a brokerage in Tokyo

Elsewhere, the market is closely watching China and the 19th Communist Party Congress, which winds up on Tuesday and at which President Xi Jinping is expected to release the composition of the Standing Committee – the apex of power in the country.

Japan’s Nikkei extended its 16-day winning streak to a 21-year peak while China’s blue-chip CSI300 index jumped to the highest in more than two years.

“Whether the gains can continue this week is obviously yet to be seen. I remain a bull, but of the view that these markets are tired, fatigued and need new information to fuel the beast,” said Chris Weston, chief strategist at IG Markets.

Corporate results will dominate near-term sentiment with earnings from General Motor, McDonald‘s, and Lockheed Martin due later in the day.

Madrid took the unprecedented step of firing the government of Catalonia on Saturday in the last resort to thwart its push for independence. Catalan leaders called for civil disobedience in response.

In Germany, the far-right Alternative (AfD) party is set to clash with other parties over its nomination for a senior parliamentary post when the Bundestag meets on Tuesday.

The political tensions have weighed on the euro which hovered near two-week lows at $1.1760. The market is on edge ahead of a European Central Bank meeting on Thursday where it is expected to announce some form of policy tapering.

Investors were also biting their nails as suspense builds over who might be the next chair of the Federal Reserve after Janet Yellen’s term expires in February.

The market is betting on Federal Reserve Governor Jerome Powell as the likely choice while Trump is also weighing on Stanford University economist John Taylor and current Fed chief Yellen. The dollar index inched lower to 93.7 but stayed in sight of a recent two-month peak.