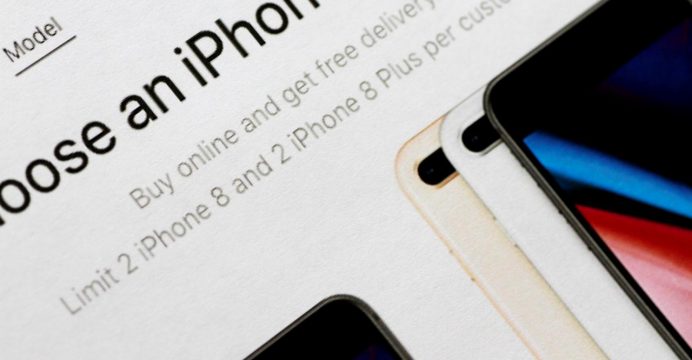 Apple sees its mobile devices as platform for artificial intelligence

Later this week, Apple is set to begin taking pre-orders for its new smartphone, the iPhone X – which starts at $999 and uses artificial intelligence (AI) features embedded in the company’s latest A11 chips.

The phone promises new facial recognition features such as Face ID that uses a mathematical model of a person’s face to allow the user to sign on to their phones or pay for goods with a steady glance at their phones.

“We think that the frameworks that we’ve got, the ‘neural engines’ we’ve put in the phone, in the watch … we do view that as a huge piece of the future, we believe these frameworks will allow developers to create apps that will do more and more in this space, so we think the phone is a major platform,” Williams said.

“I think we’re at an inflection point, with on-device computing, coupled with the potential of AI, to really change the world,” he said.

He said AI could be used to change the way healthcare is delivered, an industry he sees as “ripe” for change.

“Some pieces will be done in data centers, some will be on the device, but we are already doing AI in the broader sense of the word, not the ‘machines thinking for themselves’ version of AI,” he said referring to the work of Nvidia Corp, a leader in AI.

Global tech firms such as Facebook, Alphabet Inc, Amazon, and China’s Huawei are spending heavily to develop and offer AI-powered services and products in search of new growth drivers.

Softbank Group Corp, which has significantly invested in artificial intelligence, plans a second Vision Fund that could be about $200 billion in size, the Wall Street Journal reported on Friday.

Williams said the relationship started in 2010, the year Apple launched the iPhone 4, with both parties taking on substantial risk.

He credited Chang for TSMC’s “huge” capital investment to ramp up faster than the pace the industry was used to at the time. Apple decided to have 100 percent of its new iPhone and new iPad chips for application processors sourced at TSMC, and TSMC invested $9 billion to bring up its Tainan fab in a record 11 months, he said.