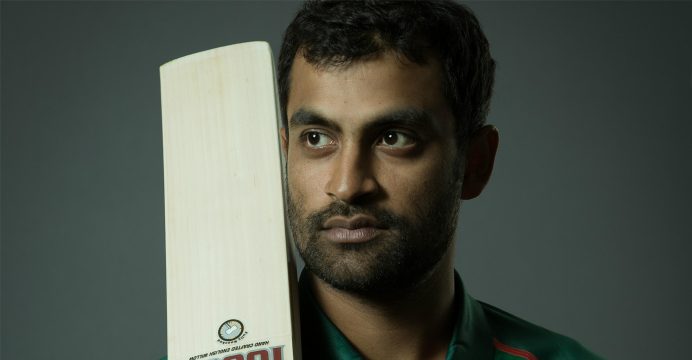 Left handed opener Tamim Iqbal has been ruled out of the South Africa tour after aggravating a thigh injury. The 28-year-old opener is expected to return home tomorrow (Sunday) and will not be part of third ODI and the upcoming two-match T20Is series.

The dashing opener sustained the injury to his left thigh during a practice session in Benoni. However he played the first Test in Potchefstroom with pain and carried the injury into the ODI series, where he aggravated it.

He will likely miss the at least the first two weeks of the domestic T20 tournament of Bangladesh Premier League starting on November 4, source cricket website.

The Bangladesh Cricket Board have asked Mominul Haque to stay on with the squad until the end of the T20Is as Tamim’s replacement.

Earlier on tour, Bangladesh lost the services of bowling sensation Mustafizur Rahman after an ankle injury ruled him out of action. The left handed bowler has since been replaced in the squad by pacer Shafiul Islam.