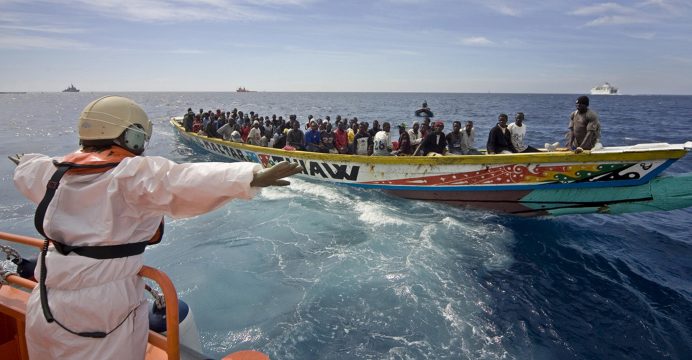 Spanish Maritime Rescue services confirmed on Sunday morning that they have rescued 346 immigrants from dinghies attempting to cross from North-Africa to Spain in a period of less than 48 hours.

The return of calm weather to the area has seen a further wave of immigrants attempt to make the dangerous sea crossing to Europe, with around 1,500 rescued this month, according to the services.

The majority of this weekend’s rescues have taken place in waters south of Spain’s Andalusia and off the Balearic Islands.

In the early hours of Sunday morning, 104 immigrants were rescued from six dinghies off the coast of Almeria (southeast Spain), with a further 29 plucked from dinghies in the Straits of Gibraltar. Meanwhile, 15 people, who are thought to be Algerians, were rescued from waters off the south coast of Mallorca.