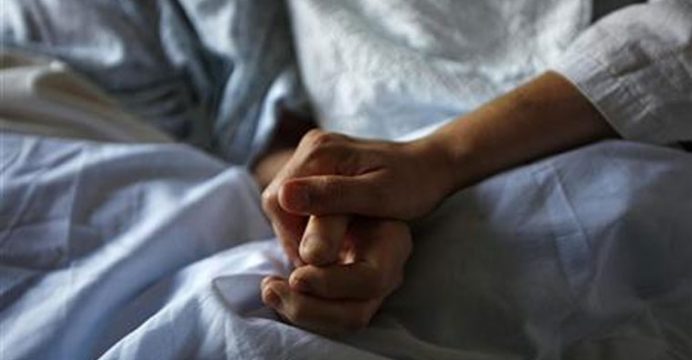 Worldwide, more than 25.5 million people a year (almost half of all deaths in 2015), including 2.5 million children, die with serious physical and psychological suffering as a result of disease, injury or illness according to a major new report published in The Lancet. The report provides the first worldwide estimates of serious, health-related suffering and the resultant need for palliative care and pain relief.

Furthermore, the number of people who experience serious health-related suffering is much higher, with an additional 35.5 million people requiring pain relief outside of end-of-life care. More than 80% of these cases are in low- and middle-income countries, where access to immediate release morphine, an essential and inexpensive medicine to alleviate pain, as well any other type of palliative care, is severely lacking.

The Lancet Commission on Global Access to Palliative Care and Pain Relief is the result of a three-year project involving 61 co-authors from 25 countries. The authors have developed an essential package of palliative care services – including medicines, equipment, and staffing models – to be made available by health systems worldwide and call for more balanced global policies to facilitate access to opioid analgesics to meet the medical need while limiting non-medical use.

“Inequity in access to essential pain relief for palliative care and pain relief is one of the world’s most striking injustices. The world suffers a deplorable pain crisis: little to no access to morphine for tens of millions of adults and children in poor countries who live and die in horrendous and preventable pain,” says Professor Felicia Knaul, co-Chair of the Commission from the University of Miami, USA.

“We cannot allow opiophobia to keep inexpensive, essential medicines from low-income patients in agony as they fight diseases such as cancer, HIV or near end of life.”

“One of our most emphatic recommendations is that immediate-release, off-patent, morphine that can cost just pennies should be made available in both oral and injectable formulations for any patient with the medical need. The disparity and access abyss between the haves and have-nots is a medical, public health and moral injustice that can be effectively addressed by the Commission’s recommendations,” Professor Knaul adds.

In the first analysis of its kind, the authors estimate the global need for palliative care and pain relief by devising a new measure of serious health-related suffering. They analyze the 20 life-threatening and life-limiting health conditions (including HIV, cancers, heart disease, injuries, and dementia) and 15 corresponding symptoms (including pain, fatigue, wounds, anxiety, and depression) that are most frequently associated with the need for palliative care and pain relief.

In 2015, an estimated 25.5 million people died with serious health-related suffering – equivalent to nearly half of all deaths worldwide. This includes 2.5 million children aged under 15 years (representing more than a third of child deaths). Almost all (98%) of these children live in low and middle-income countries.

The authors note that almost 80% of deaths requiring palliative care in low-income countries are preventable with adequate prevention, treatment, and care interventions. They highlight that palliative care cannot be a substitute for improved access to public health interventions and treatments that could have prevented much suffering and premature death in the first place. But, equally, no health system can expect to meet the needs of its people without providing access to basic pain relief and palliative care.

Commenting on the report, Jim Yong Kim, President of the World Bank, says: “Failure of health systems in poor countries is a major reason that patients need palliative care in the first place. More than 90 percent of these child deaths are from avoidable causes. We can and will change both these dire situations.”

The most common symptoms of suffering were a pain, depressed mood, anxiety, fatigue and weakness. The Commissioners propose an essential package for palliative care as the minimum standard any health system should make available as a core component of Universal Health Coverage. Designed to be low-cost and covering medicines, basic equipment and human resources, one of the minimum requirements is the availability of oral or injectable morphine.

By analyzing unmet need by country, the Commission highlights the vast inequities in access to morphine for palliative care. Mexico meets 36% of its need, China meets 16%, India 4%, and Nigeria 0.2%. In some of the world’s poorest countries, such as Haiti, Afghanistan and many countries in Africa, oral morphine in palliative care is virtually non-existent.

Several countries in Western Europe have appropriate access to opioid analgesics for palliative care, as well as to meet other medical needs, and the Commission presents the Western European average as a benchmark. The Commission also estimates that in the US national levels of morphine equivalent opioid analgesics exceed this benchmark, and while inappropriate prescribing and non-medical use of opioids has been highlighted as an opioid epidemic, many patients in the US still do not get the pain medicines or health care they need.

Immediate release (oral and injectable), off-patent morphine is inexpensive but costs vary widely between countries, with previous studies showing that retail costs range from US$0.03 per 10mg in high-income countries to US$0.16 in low-income countries.

The authors highlight the need for governments to negotiate prices as part of their essential medicines packages. They also stress the need for a balanced approach, where global and national policies maximise access to immediate-release, off-patent, oral and injectable morphine for medical and palliative care use while minimising the risk of diversion and non-medical use. Lessons from the opioid epidemic in North America highlight the need for appropriate training of all medical personnel at all levels of care, monitoring supply and preventing the marketing of opioids. Case studies from other countries (including Austria, Germany, Switzerland, the UK, and Uganda) as well as the State of Kerala in India demonstrate that increasing access to meet medical need can be safely achieved without increasing the risk of non-medical use.

“Safeguards need to be in place to ensure that opioid analgesics are not diverted for non-medical use, and national experiences from many countries in Europe and from programs in Africa, Asia, and Latin Americas prove to us that safe access is achievable. In other words, we can and must replicate the best of the models that are working taking lessons from many countries in Western Europe. Some 60 million sick and suffering people are counting on all of us for help,” says Professor Knaul.

Professor Paul Farmer, the co-chair of the Commission, Harvard Medical School, USA, adds: “One shouldn’t have to live through an earthquake in Haiti or be struck by a car, to understand the importance of trauma care. Nor should it be necessary to be diagnosed with cancer to understand the importance of chemotherapy. All too often, however, we forget that access to life-saving medical care should always be accompanied by life-affirming palliative care.”

Writing in a linked Comment, Dr Richard Horton, editor-in-chief, The Lancet says: “Death and disability are important metrics for describing the state of the world’s health. But suffering is important too. Measures of suffering have been absent, and so the need for palliative care and pain relief services has been easy to miss. That excuse no longer holds. The scale of human suffering is massive – 61 million people in 2015 and 6 billion physical and psychological symptom days annually (4 out of 5 of these days being accumulated in low-income and middle-income settings). The Commission has uncovered an appalling oversight in global health. It is time for that oversight to be remedied.”