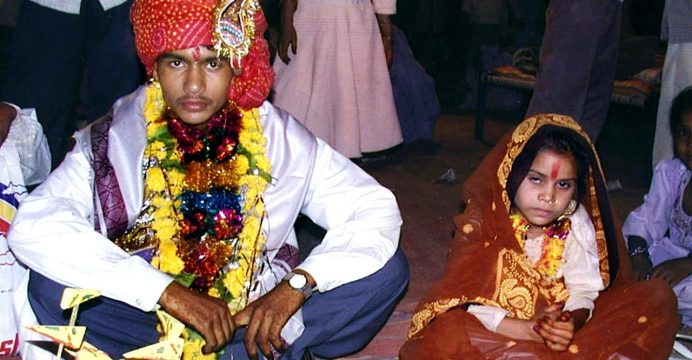 India’s Supreme Court has struck down a legal clause that permits men to have sex with their underage wives.

The clause, which was part of India’s law on rape, said intercourse between a man and his wife was permissible as long as she was over 15 years of age.

The age of consent in India is 18, but marital rape is not considered an offence. The verdict has been hailed by women’s rights activists.

However correspondents say that the order will be difficult to enforce.

The judgement said that girls under 18 would be able to charge their husbands with rape, as long as they complained within one year of being forced to have sexual relations.

“This is a landmark judgement that corrects a historical wrong against girls. How could marriage be used as a criteria to discriminate against girls?” Vikram Srivastava, the founder of Independent Thought, one of the main petitioners in the case, told the BBC.

However, the BBC’s Geeta Pandey in Delhi says that while welcome, the order will be difficult to implement in a country where child marriage is still rampant.

“Courts and police cannot monitor people’s bedrooms and a minor girl who is already married, almost always with the consent of her parents, will not usually have the courage to go to the police or court and file a case against her husband.”