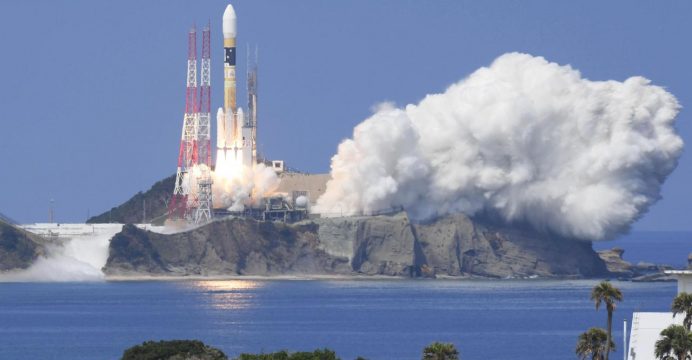 Japan successfully launched into orbit a fourth and final satellite﻿

Japan’s space agency on Tuesday successfully launched into orbit a fourth and final satellite as part of an overall new system to improve global positioning data for a number of services and systems.

An H2A rocket carrying the Michibiki No. 4 satellite lifted off from the Tanegashima Space Center, in Kagoshima Prefecture, in southwestern Japan, at around 7:01 a.m. local time this morning. The satellite was put into orbit on 28 minutes after liftoff, at an altitude of about 273 km, informed sources reported.

Michibiki No. 4 is scheduled to go into practical operation in spring next year, with the upgraded GPS services reducing the network’s margin of error from around 10 meters to a few centimeters.

The new GPS services are expected to be used for fully automated cars, agriculture and construction machinery, as well as delivery services involving drones, among other new services.

In fiscal 2023, the Japanese government plans to increase the number of satellites in orbit to seven to build its own “Japanese GPS” system to work independently from the U.S. system.