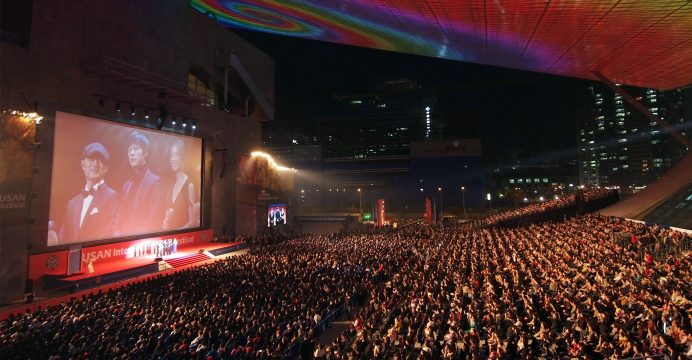 Organisers of the Busan International Film Festival say they are confident they can cast off the politics that has overshadowed the influential event as its 22nd edition kicks off on Thursday.

The annual festival, which has long championed independent Asian cinema, is determined to “preserve its identity” despite being embroiled in high drama of its own for the past three years, said founder Kim Dong-Ho.

Kim, 80, was brought back to help run BIFF in 2015 after previous festival boss Lee Yong-kwan was charged with fraud and removed from his post.

That scandal came after the festival decided in 2014 to stick with the screening of a contentious documentary despite pressure from Busan Mayor Suh Byung-Soo to withdraw it from the programme.

The film in question, “Diving Bell: The Truth Shall Not Sink With Sewol”, was critical of the South Korean government’s handling of the Sewol ferry disaster that year which claimed around 300 lives.

Government funding cuts followed and then boycotts by leading Korean cinema groups such as the Directors’ Guild of Korea, which pointed a finger at political meddling.

“Although this year’s festival is still facing unsolved problems, we are determined to encourage up-and-coming Asian directors, support new Asian films and further our role in the film industry,” said Kim.

Industry insiders had questioned whether BIFF could repair the damage to its reputation — a point raised by festival staff earlier this year when they demanded Kim and festival director Kang Soo-Yeon resign over lack of action on the various troubles.

The pair have since acquiesced to those demands and will hand over the reins at the end of this year’s edition of the festival, which runs from October 12 to 21.