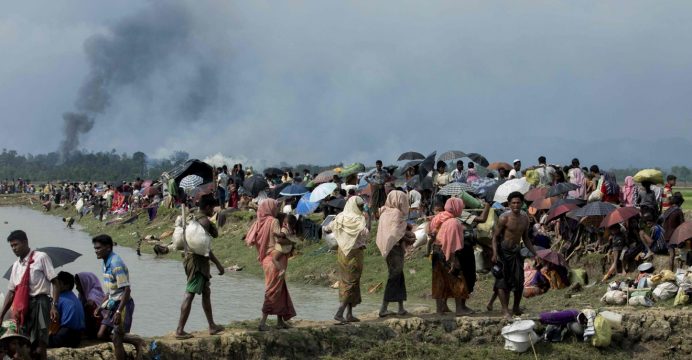 Buddhist villagers in relatively peaceful parts of Myanmar’s Rakhine state are enforcing a system of local apartheid that punishes people trading with minority Muslims, fuelling fears that violence in the far northwest could spread to new areas.

Ethnic Rakhines, who form the majority in central parts of the state, have set up committees in several districts that have meted out sanctions ranging from fines to public beatings and expulsions. They say the measures are necessary to protect their communities from Rohingya Muslim militants. 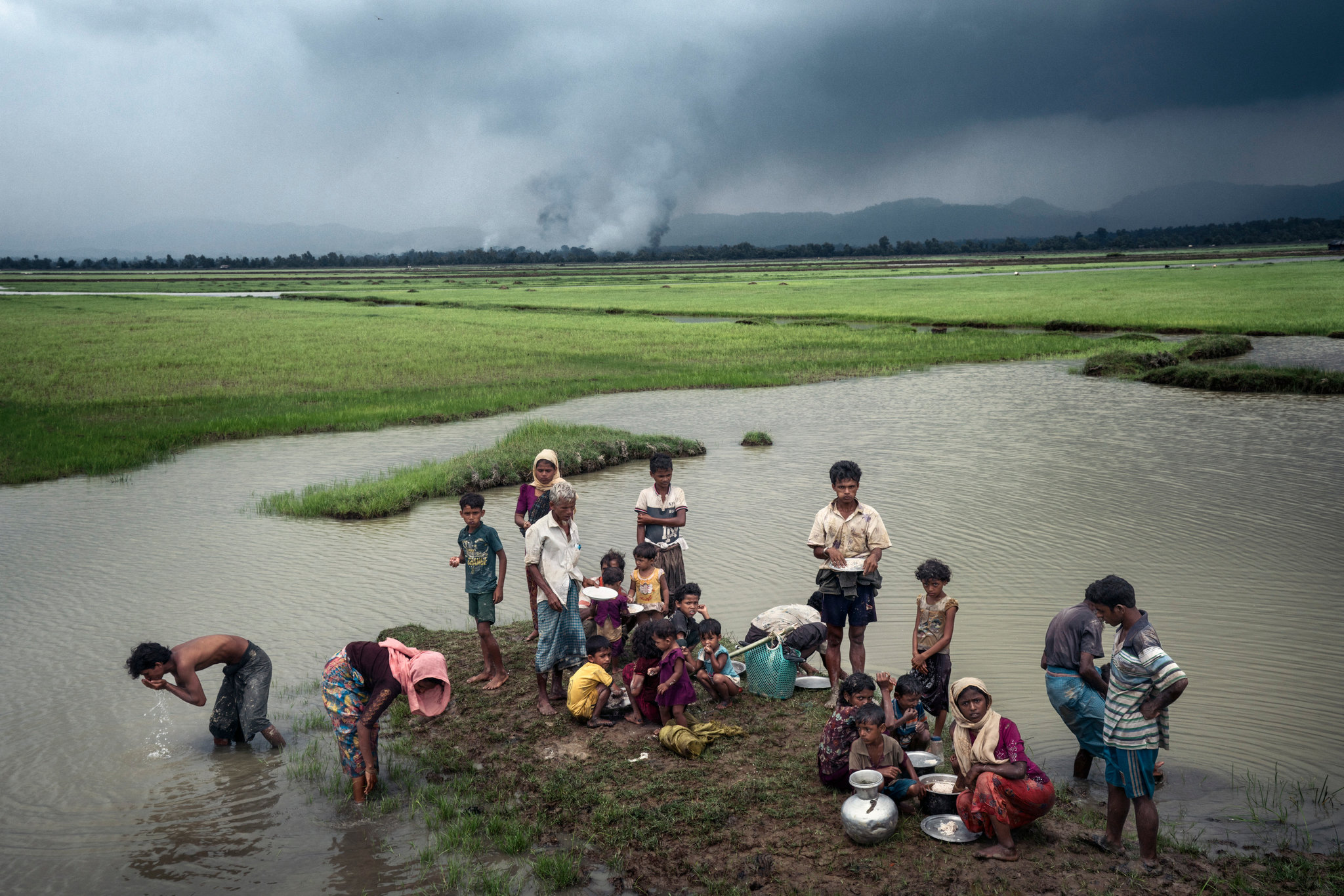 Muslim residents say they are being cut off from essential supplies and accuse authorities of turning a blind eye. Aid workers fear thousands will attempt to escape via perilous sea routes to Thailand and Malaysia when the monsoon rains abate.

About 250,000 Muslims live in central Rakhine, an area not directly affected by a military offensive against Rohingya militants who attacked security forces in the northern part of the state in late August. The army operation has forced more than half a million people to flee to Bangladesh, in what the United Nations has denounced as ethnic cleansing.

“In the current situation, it’s not possible for different communities to live together,” said Ashin Saromani, a Buddhist monk in the central Rakhine town of Myebon, where one such committee was set up at a meeting in a monastery four days after the Aug. 25 militant attacks in the north.

“The government can’t reconcile them. That’s why we prohibited communication with the Muslims, to prevent conflict.”

Rakhine state government spokesman Min Aung said he was not aware of efforts to punish Buddhists who had contact with Muslims. He said he thought tensions could best be eased by interfaith community groups.

“Other states and regions have interfaith groups working for peace. In Rakhine there’s no group like that,” he said.

Tension between ethnic Rakhines and Muslims have simmered for years. Nearly 200 people were killed and 140,000 displaced in communal violence in the state in 2012.

U.N. Secretary-General Antonio Guterres has warned that the violence seen in the north of the state could easily spread.

“The failure to address this systematic violence could result in a spillover into central Rakhine, where an additional 250,000 Muslims could potentially face displacement,” said Guterres in a recent speech. “They are outnumbered by Rakhine communities, some of whom have engaged in violent acts of vigilantism against their Muslim neighbors.”

In Myebon, about 3,000 Muslims have been confined to a camp for displaced people since the 2012 violence, surrounded by tens of thousands of hostile Rakhine Buddhists. They have relied on aid from international agencies and fishing, supplemented by a small amount of trade in the town.

Since late August, loudspeakers mounted on tricycle rickshaws have rolled around the town, blaring messages from local monks and Rakhine community leaders exhorting Buddhists to avoid contact with Muslims.

One Rakhine woman who ignored the warnings, 35-year-old Soe Chay, told Reuters she was surrounded by a mob on Sept. 12 after buying goods at a market to sell to Muslims.

They beat her, cut her hair and marched through the town with a sign reading “national traitor” hung around her neck.

Kyaw Swar Tun, deputy director of the Rakhine General Administration Department (GAD) that overseas the local bureaucracy, said the case was an “individual problem” that was already being dealt with by the courts.

Two women and a man have been charged with assault on Soe Chay. The two women were members of the Arakan Women’s Network in Myebon, which denied taking part in the attack.

“People got angry because they don’t have a nationalist spirit, even though they know that 30 police stations were attacked and locals from Maungdaw were beheaded,” said Khin Thein, leader of the network in the town, describing the incident. He was referring to the Aug. 25 attacks, which concentrated in northern Rakhine’s Maungdaw township.

Buddhist community leaders in Myebon have also blocked international aid agencies from reaching the camp, saying only the government can deliver aid, which must be checked by Buddhists.

“We are concerned that if we don’t check that boat of the NGOs communicating directly with the Bengalis, they might include weapons together with the aid,” said Ashin Saromani. Bengali is a derogatory term for the Rohingya implying they are interlopers from Bangladesh.

Similar community-enforced restrictions on aid have been in place elsewhere in Rakhine, according to aid workers.