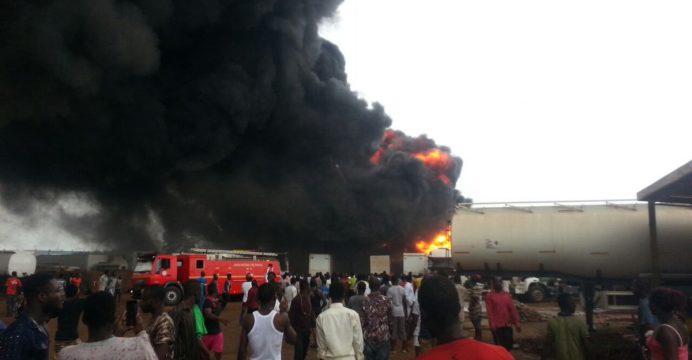 At least six people were killed and 35 injured, mostly suffering burns, after an explosion at a natural gas depot in Ghana’s capital, fire service spokesman Billy Anaglate said on Sunday.

The explosion on Saturday evening at the state-owned GOIL liquefied natural gas station sent a giant fireball into the sky above the eastern part of Accra, causing frightened residents to flee their homes in large numbers. Others were forcibly evacuated.

Ghana, a relatively new oil and gas producer, has suffered several recent accidents including an explosion in 2015 that killed around 100 people.