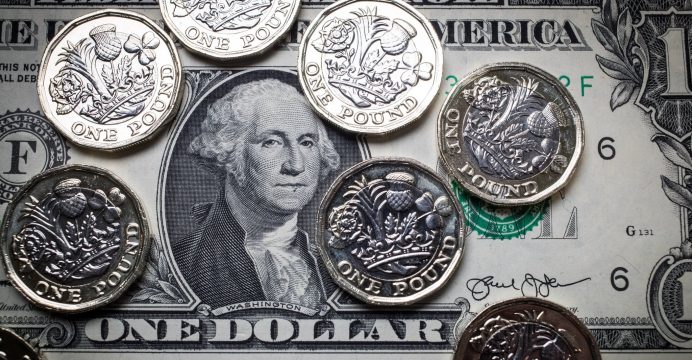 The dollar rose to its strongest in 10 weeks on Friday and short-dated U.S. Treasury yields climbed to a nine-year high, after data showing the largest gain in U.S. wages since December 2016 bolstered bets on an interest rate hike by year-end.

The dollar index – which measures the greenback against a basket of major currencies – climbed to 94.267, its highest since late July .DXY.

Though the headline payrolls figure showed a fall in U.S. employment in September for the first time in seven years, investors reckoned this was a temporary effect from Hurricanes Harvey and Irma, which left displaced workers temporarily unemployed and delayed hiring.

“The headline number was much worse than the consensus forecast but doesn’t matter,” said ThinkMarkets analyst Naeem Aslam.

“The wage number was positive and traders have paid a lot of attention to this number because this shows that job market slack is fading.”

In Europe, German 10-year government bond yields edged upwards after the labor market data, hitting a session high of 0.49 percent, up 3 basis points on the day DE10YT=TWEB. Most other euro zone bond yields also rose after the release of the data.

Spanish stocks .IBEX and bond prices, which had rallied on Thursday, were sent tumbling back again as a Catalonian official said the region’s parliament would meet on Monday in defiance of a ruling by Spain’s constitutional court.