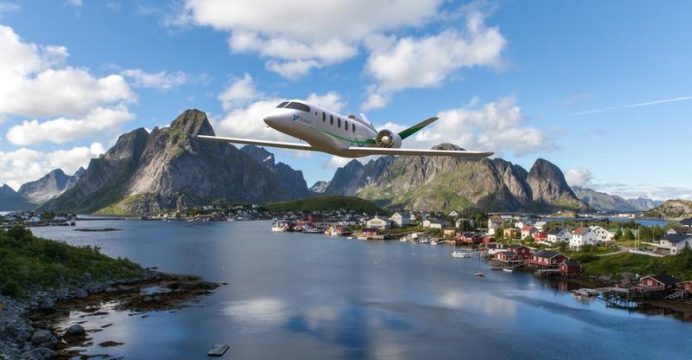 A Seattle-area startup backed by the venture arms of Boeing Co and JetBlue Airways Corp plans to bring a small hybrid-electric airliner to market by 2022 that can dramatically reduce the travel time and cost of trips under 1,000 miles (1,600 km), it said on Thursday.

The first of several aircraft planned by Zunum Aero would seat up to 12 passengers and be powered by two electric motors, reports Reuters.

Electric-vehicle batteries, such as those made by Tesla Inc and Panasonic Corp, would power the motor. A supplemental gas engine and electrical generator would be used to give the plane a range of 700 miles, Matt Knapp, co-founder and chief aeronautic engineer of the Kirkland, Washington-based company, said in an interview. 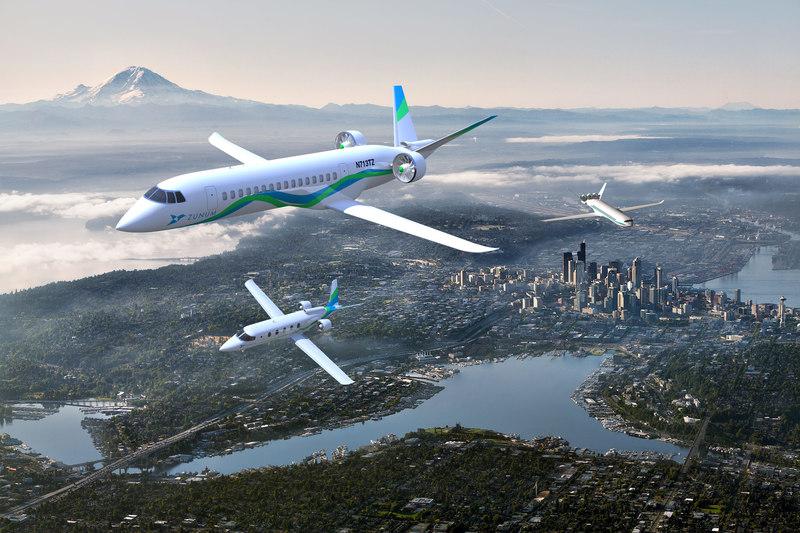 Zunum has no commitment to Tesla or Panasonic. A larger plane seating up to 50 passengers would follow at the end of the next decade, and the range of both would increase to about 1,000 miles as battery technology improves, Knapp said.

The planes eventually would fly solely on battery power, and are being designed to fly with one pilot and to eventually be remotely piloted, he added.

Zunum does not expect to be the first to certify an electric-powered aircraft with regulators. It is aiming to fill a market for regional travel for airlines, where private jets and commercial jetliners are too costly for many to use.

“Airlines are very keen to know how to fly a shorter distance and make money on it,” Knapp said.

Recent advances in electric-vehicle and autonomous technology, along with lightweight electric motors and carbon composite airframes would reduce the cost of flying Zunum’s aircraft to about 8 cents per seat-mile, about one-fifth that of a small jet or turboprop plane, Knapp said.

“We’re getting airline pricing down on a small plane and doing it for short distances,” Knapp said. “That kind of aircraft doesn’t currently exist.”

Zunum announced plans for electric-hybrid aircraft in April and revealed that Boeing HorizonX and JetBlue Technology Ventures had invested in its initial round of venture funding. On Thursday it disclosed specifications and a timetable for the vehicle entering service.

The plane would cut travel time by allowing passengers to fly from thousands of regional airports, avoiding big hubs used by major airlines and airport security required for larger planes. About 96 percent of U.S. air traffic travels through 1 percent of its airports, Zunum said.

Current battery technology can only power the plane for about 100 miles so a gas-powered engine is used to generate electricity to power the motors for additional range.