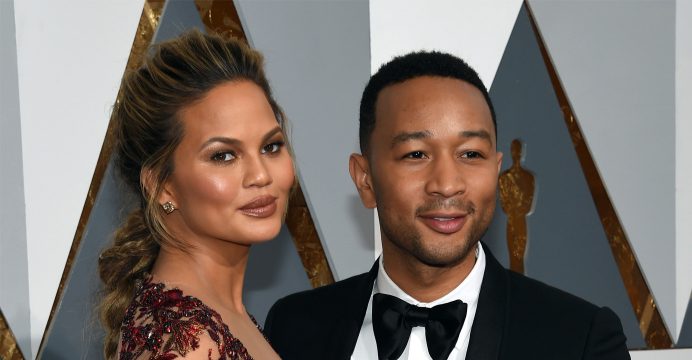 Chrissy Teigen & John Legend are looking forward to baby #2! And after welcoming daughter Luna in 2016, they already know they’re giving her a little brother next. In fact, their male embryos are all ready to go!

The 31-year-old model and businesswoman has been vocal about her fertility struggles and in November’s issue of InStyle, Teigen tells the magazine that she and husband John Legend are ready to try for their second baby in the “coming months.”

John Legend, 38, and Chrissy Teigen, 31, may be expanding their family sooner rather than later.

In the interview released on Wednesday, Teigen shares that she will soon be implanted with a frozen embryo and attempt to have a second child using IVF.

“Hopefully we’ll have even more [kids] in the future,” John told.

The Lip Sync Battle co-host knows that with a second pregnancy comes the possibility of post-partum depression, which she experienced with her 1-year-old daughter, Luna. While she’s prepared to face that feeling again, Teigen isn’t a fan of showing the world her “bad days.”

“I have really good days and really bad days, and I don’t tend to talk about the really bad days,” Teigen says. “But I would hate for people to think those days didn’t exist.