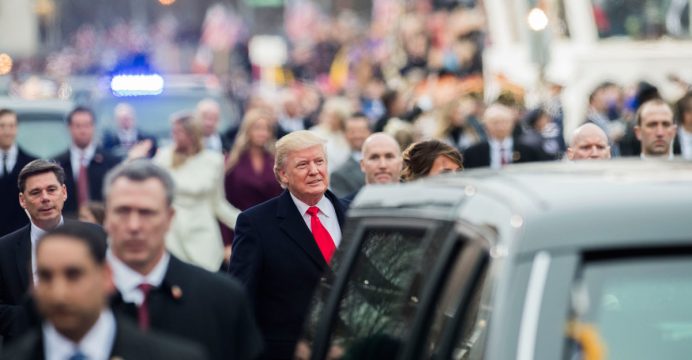 When disaster hits the chemical plants in Port Arthur, Texas, triggering fires like those that flared in the wake of Hurricane Harvey, Hilton Kelley is the man fielding panicked calls from neighbors unsure whether they should evacuate their homes.

Kelley, 57, is a well-respected figure in his community but is not a government or plant safety official. For 18 years, he has led a non-profit group based in Port Arthur that advises residents on air safety and dispatches a crew in emergencies, helping people to safety in more than 30 major fires or explosions.

More than 1,500 accidents at chemical plants have been reported in the United States since 2007, and amendments to the Clean Air Act issued in the last days of former President Barack Obama’s administration would have forced plants handling risky chemicals to coordinate emergency plans with local responders.

Kelley says those changes would have made his job easier by, for example, obliging plant owners to tell first responders what chemicals were on site. That would help them decide what equipment and training would be needed to help people.

President Donald Trump’s administration suspended the regulations, placing them in a two-year review. Trade associations argued the new rules were inconsistent with Trump’s pledges to cut regulations and with his executive order issued in January requiring federal agencies to offset each new regulation with two deregulatory actions.

The full scope of the effects of the two-for-one requirement will begin to emerge in late November, when the White House is expected to publish a list of regulations and deregulatory actions each agency has taken under the rule.

A Reuters examination of rules published in the Federal Register, a U.S. government journal, shows that so far in 2017, agencies have proposed or finalized 25 deregulatory measures under the two-for-one requirement – a broad easing of rules that will affect workers from miners and farmers to pilots and crane operators.

The rollbacks will delay deadlines for farmers to comply with water quality requirements, speed up the approval process for natural gas exports, make it easier for public transportation projects to attract private financiers, and lift a rule that requires employers to disclose when they hire consultants to defeat union-organizing campaigns.

A few of these measures will have minimal effect, or were planned before Trump took office. But most of the deregulatory actions dismantle rules that took years to develop. Some former agency officials, mostly from the Obama administration, have decried the rollbacks, saying the measures being targeted were aimed at protecting the public against significant health and safety threats.

Industry groups, however, say many of the measures were onerous and unnecessary, and they are now using Trump’s push to cut red tape to urge agencies to delay, modify or undo rules they have long opposed.

The Plastics Industry Association, representing nearly a thousand companies, for example, pressed for the removal of the Clean Air Act amendments, arguing that they would force companies to divulge sensitive information, such as improvements made after a plant accident, that would not help mitigate a disaster but could attract the interest of terrorists, said Marie Gargas, the association’s senior technical director for regulatory affairs.

The White House’s Office of Management and Budget (OMB), the agency that serves as a clearinghouse for federal regulations, did not respond to multiple requests from Reuters for comment.

But in April, Marcus Peacock, then-special adviser to OMB Director Mick Mulvaney, defended Trump’s order at a roundtable event in Washington, saying, “A lot of the deregulatory actions that people will focus on first are those that simply make it easier for people to fill out paperwork or just fill out less paperwork, probably.”