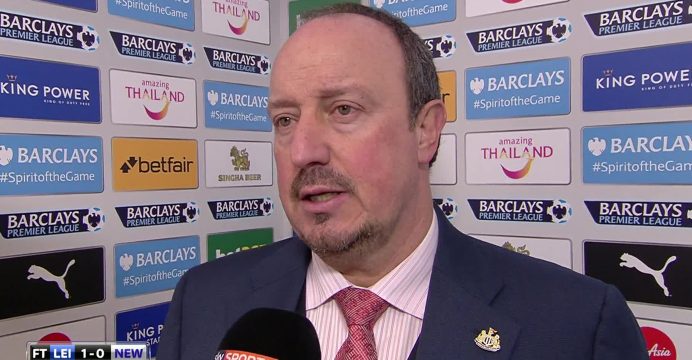 Rafa Benitez’s Newcastle United host Liverpool in Premier League on Sunday and the manager said playing against his former side will be a special and emotional experience.

The Spaniard was in charge of the Merseyside club for six years from 2004 and guided them to their fifth Champions League title in his debut season.

After spells at Inter Milan, Chelsea, Napoli and Real Madrid, Benitez was brought in to save Newcastle from relegation in March last year.

He did not succeed but helped them back into the top flight immediately and faces his old side to whom he has not lost in two previous meetings.

“It’s a special game for me. It will be emotional, because I spent so many years there, and have so many good memories. My family still live in Liverpool, so it is my home,” Benitez told Newcastle’s website (www.nufc.co.uk).

“I have a lot of positive, very good relationships with Liverpool fans, (including) the families connected to Hillsborough. There are a lot of connections, and it will be very emotional.”

Nostalgia aside, Benitez said he is focused on ensuring his team get all three points against Liverpool. Newcastle are 10th in the league with nine points from six games.

“I have to concentrate on Newcastle United, trying to win,” he said.

Liverpool boss Juergen Klopp seeks his first victory over Newcastle to stay close to the four teams above his side in the league table.