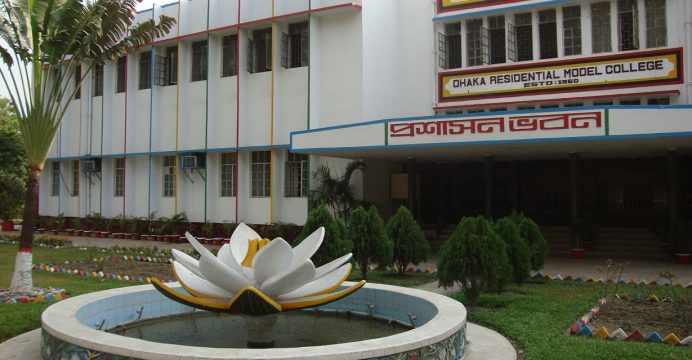 The body of Shamsul Alam Siam, 15, was found on Thursday and the post-mortem examination was conducted on Friday, Mirpur Police Station OC Nazrul Islam said.

Siam’s father Harunur Rashid works in Bangladesh Bureau of Statistics and mother Fatema Akter at the TB Hospital in Shyamoli. His elder sister is a student of Jahangirnagar University.

The police officer said the body was sent to their ancestral district Laxmipur after the post-mortem examination.

He could not say what caused the death. He said police were waiting for the report of the examination.

OC Nazrul said Siam left their home in Mirpur for school on Tuesday. His family filed a general diary when he did not return home.

He aid Siam had received a phone call from the school and spoke about the matter posing as his father. Later, the teachers discovered the incident and called his parents, the principal said.

His parents came to the school to speak to the class teacher and vice principal about the matter the day he went missing, Bhuiyan said.

“Siam was supposed to come with his parents that morning. But he told them that he would come with a friend. We came to know later that he came to the gate of the school but did not enter. His parents said they would ask him about his absence’ Later his body was found on Thursday,” he said.

Keraniganj Police recovered the body from under the Postogola bridge.

“That teacher threatened to expel him,” Faruq said.

Both the principal and the teacher denied the allegation.

“He has failed in two subjects in the term exam. I spoke to his father to advise him on how to improve his marks. I didn’t beat up or rebuke him,” teacher Ali told bdnews24.com.