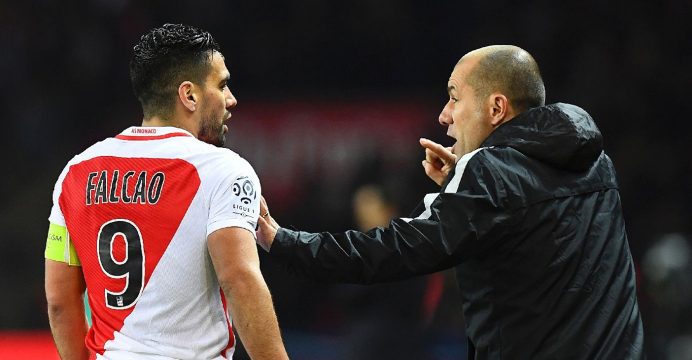 French champions Monaco may be reeling from a midweek Champions League thumping but Montpellier are wary of a backlash heading into their Ligue 1 clash in the principality on Friday.

Monaco, bottom of their Champions League group with just a single point after two matches, are second in France, one point behind Paris Saint-Germain who host third-placed Bordeaux on Saturday.

Montpellier, the surprise 2012 Ligue 1 champions, held PSG to a 0-0 draw last weekend, and will look to inflict more pain on Monaco, who are licking their wounds from a 3-0 home defeat by Porto on Tuesday.

“It was a difficult match. It’s hard to explain what happened,” said Radamel Falcao, who has yet to fire in Europe this season despite his remarkable return of 11 goals in seven matches in the league.

“There’s frustration because we had chances, but Porto scored first and then gave a very tactically sound performance. We have to stay strong and tough mentally.”

Falcao has scored in all but one of Monaco’s domestic fixtures this term to fuel his side’s strong start, but the sale of Kylian Mbappe, Bernardo Silva, Benjamin Mendy and Tiemoue Bakayoko still looms large at the Stade Louis II.

“We’re a good team as well and we have confidence that we can change things,” said Brazilian midfielder Fabinho. “We’ve lost important players and we’re still lacking something. We need to look at that in training and try to help the new players.”

“We’re used to reacting well. Whether we win or not, the team has always done it. That’s our goal,” said Jardim. “Before (Tuesday’s) match we weren’t the best team, and we’re not the worst now.”

Montpellier coach Michel Der Zakarian is hoping to frustrate another of the league’s heavyweights for the second week running but expects a tougher evening in Monaco.

“The match against Monaco will be harder than the PSG game,” said Der Zakarian, whose side have taken eight points from seven matches while conceding just five goals.

“We know this is going to be difficult, that the team will have to pull together and keep the lines tight with a collective spirit, just like in the last two games.”

“This could be just the right moment to play Monaco,” said the former Sunderland, West Brom and PSG attacking midfielder.

“We’re coming into it off the back of a great match with PSG that has boosted our confidence. Now we have to prove ourselves by building on that with a good performance at Monaco.”