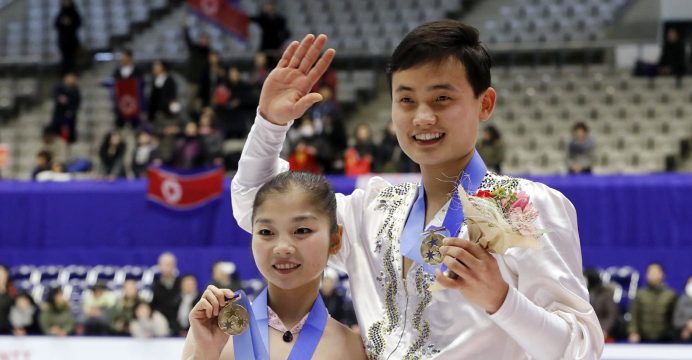 North Korean Figure skating pair Ryom Tae-Ok and Kim Ju-Sik are bidding to become their nation’s first representatives at the 2018 Winter Olympics in South Korea after finishing third on Thursday in the short program at the Nebelhorn trophy.

The pair, seen as the likeliest North Korean contenders for a spot in February’s Pyeongchang Games, produced a solid yet largely risk-free performance, scoring 60.19 points, to land on fifth place and will now wait for Friday’s free skating competition in Oberstdorf, Germany.

They looked visibly satisfied at the end of their performance to music by The Beatles for a second year running but were nervous as they waited for the scoring. They need to finish in the top four to qualify for Pyeongchang.

Russians Evgenia Tarasova and Vladimir Morozov are leading on 77.52 points.

South Korean President Moon Jae-in said in July the North will be given until the last minute to decide whether it will take part in the Olympics. None of its athletes have yet met the qualification standards but there are some hopes for speed skaters. 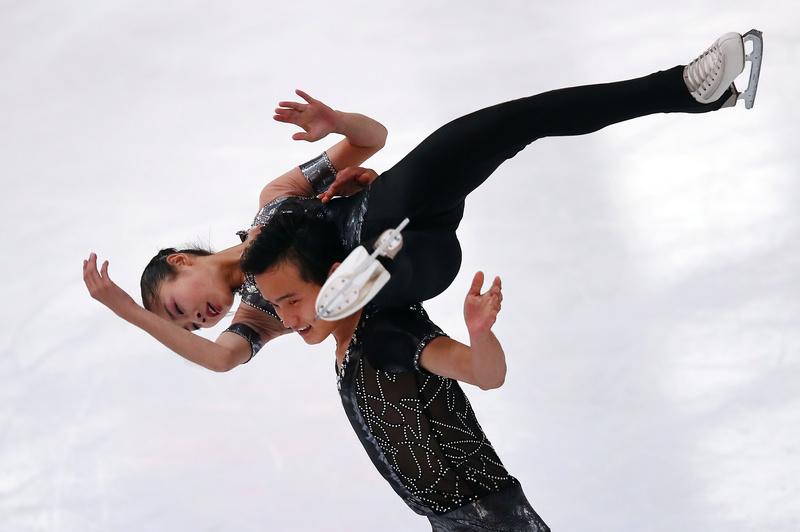 The International Olympic Committee is supporting North Korean athletes in their bid to qualify with accommodation, travel and any equipment needed.

The North has accused Trump of declaring war after he warned Kim’s regime would not last if he persisted in threatening the United States and its allies, having earlier warned North Korea would be totally destroyed in such an event.