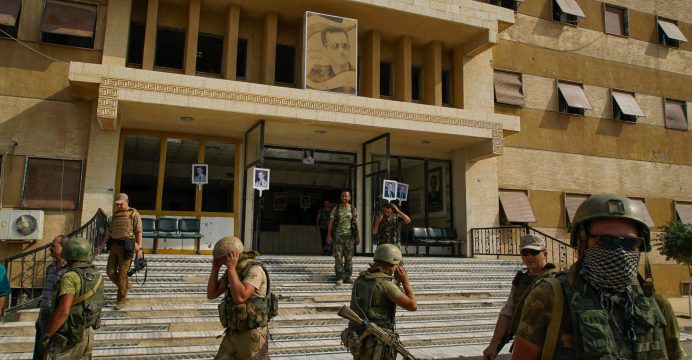 The Russian military has built a bridge across the Euphrates river near Deir al-Zor to move troops and vehicles to the other side to support a Syrian army offensive, Russian TV reported on Tuesday, showing footage of trucks moving across the bridge.

Russian TV channels reported that the military had erected the bridge under fire from Islamist militants in less than 48 hours and that it could also be used to deliver humanitarian aid and to evacuate the sick and wounded.

Up to 8,000 vehicles weighing up to 50 tonnes would be able to cross the bridge in any 24 hour period, including tanks, TV channels reported, saying the bridge was located east of Deir al-Zor.