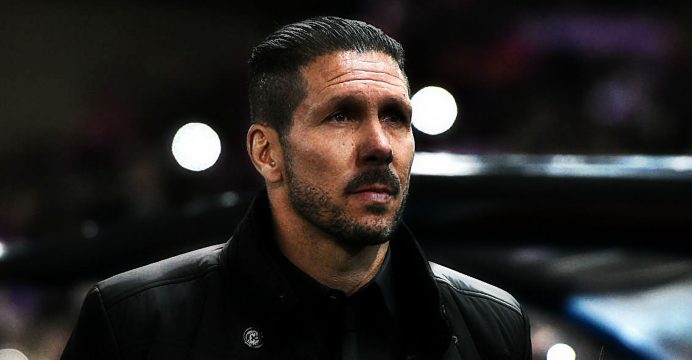 It may lack a final lick of paint but “it appears like the Circus Maximus,” crowed proud Atletico Madrid coach Diego Simeone at the special atmosphere already produced by his club’s new Wanda Metropolitano home.

The opening of the 68,000 capacity stadium marks heady days for a club that has traditionally lived in the shadow of neighbours Real Madrid, none more so in the Champions League in recent years.

Atletico have fallen to Real in the quarters, semis and twice in the final in the past four seasons, but there is a sense of optimism flowing through the red and white half of Madrid as Chelsea travel to the Spanish capital for the Wanda’s Champions League debut on Wednesday.

“Right now it is the best stadium in Europe,” said Atletico president Enrique Cerezo ahead of its opening in a tense 1-0 win over Malaga 10 days ago.

“On the outside it is spectacular. On the inside it is the business.”

Fears that Atletico’s form could slump due to the move in a manner suffered by the likes of West Ham and Tottenham Hotspur in recent times have been blown away by back-to-back wins over Malaga and Sevilla.

If Atletico are to finally land a first ever Champions League, maintaining their sensational European home form under Simeone at the Calderon is essential.

In 23 Champions League home games under the Argentine, Atletico have won 18, lost only once and kept 18 clean sheets.

Chelsea were one of the few sides to escape without defeat with a 0-0 draw in the semi-final, first leg between the sides in 2014. Atletico, though, had the final say as Simeone famously charged down the Stamford Bridge touchline in celebration during a 3-1 second leg win for the Spaniards.