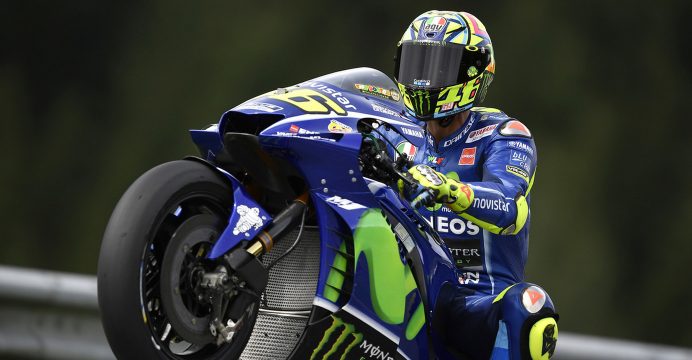 Defending champion Marc Marquez won the Aragon MotoGP on Sunday to take a 16-point lead in the world championship standings.

It was an all Spanish podium as Honda team mate Dani Pedrosa was second and Jorge Lorenzo third for Ducati.

Team mate Maverick Vinales of Spain, who started on pole, was fourth and compatriot Aleix Espargaro of Aprilia sixth.

Briton Cal Crutchlow was in contention for a top-six place but crashed and had to retire on lap 17.

Marquez started the race in fifth position after crashing in qualifying and had a slow start but quickly gained on his rivals, taking the lead from Lorenzo on the 16th lap and charging to his fifth title of the season. “It was a difficult race. At the beginning I didn’t have the feeling. I tried to come back with the feeling but even in the last part of the race I didn’t feel great. I struggled more than other years here. But it’s great,” Marquez said.

Lorenzo came close to claiming his first win of the season but faded as the race entered the final stages.

“It’s a pity to lose the victory by not so much. In the last 10 laps we needed more grip in the rear. With the medium (tyres) of Dani and the hard of Marc I couldn’t follow them. Anyway, I‘m happy with this third position,” Lorenzo told reporters.

By winning with four rounds remaining Marquez was able to take a clear lead in the standings as Andrea Dovizioso, previously the joint leader, managed only seventh place.

The next race is the Japan Grand Prix in Motegi on Oct. 15.